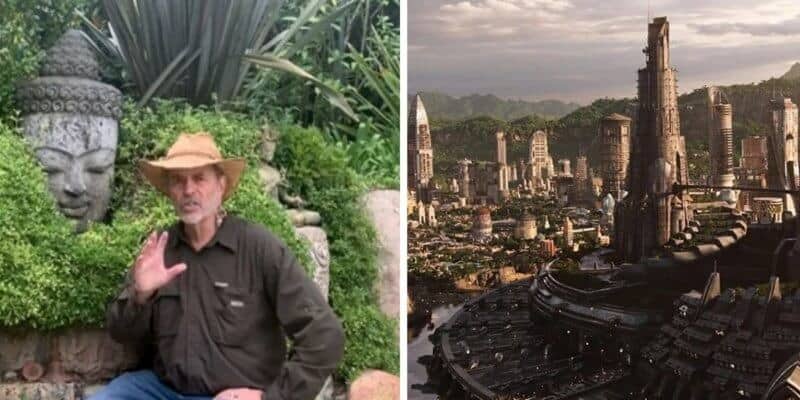 Disney is always changing and evolving, with new things being added to each theme park worldwide all the time. Many Disney IPs have found their way into Disney parks, including Marvel. Now that the MCU (Marvel Cinematic Universe) has really blown up and expanded through so many storylines, many Marvel fans are looking to see how it can be integrated into more Disney parks.

On the West Coast, Disneyland Resort is getting ready to launch Avengers Campus at Disneyland Resort’s Disney California Adventure Park! Because both Disneyland and Disney California Resort are currently closed due to the ongoing pandemic, the Avengers Campus debut has been delayed, but Disney does intend to debut it sometime this year. That being said, Disneyland Guests can still visit the Downtown Disney District (and by extension, Buena Visa Street) for some eating and shopping fun.

But, what about adding more Marvel to Walt Disney World Resort? There are licensing agreements that Universal Orlando Resort has with Marvel that could hinder any Marvel-themed lands at Disney World, but that has not stopped Disney fans from wanting to see Wakanda somehow incorporated Animal Kingdom.

Ryan Coogler’s highly popular Black Panther movie, which starred the late Chadwick Boseman as T’Challa, takes place in Wakanda, which many thought would be suited in Animal Kingdom — a park that is not new to IPs, with Pandora: The World of Avatar added in 2017.

Previously, we reported on why Wakanda could fit into Animal Kingdom, that Akon plans to build a real-life Wakanda in the small African country of Senegal, and that even Whoopi Goldberg is all for Disney including the land in one of their parks. Considering Wakanda is a proud African nation, it does make some sense that Disney would include it in a park that has an African section. However, former Imagineer Joe Rhode has seemingly debunked the idea.

@Joe_Rohde how would you feel about Wakanda being added to Animal Kingdom? And if Wakanda, as a themed land, would be added to a Disney Park, which do you think it best fits?

Hm. Essential questions. How does this subject advance conservation advocacy? Is the IP inherently about animals in nature? Will it compromise the photorealistic look of the park? Marvel/BP, Wakanda is mainly about human concerns, so why at the “animal” park?

Hm. Essential questions. How does this subject advance conservation advocacy? Is the IP inherently about animals in nature? Will it compromise the photorealistic look of the park? Marvel/BP,Wakanda is mainly about human concerns, so why at the “animal” park? https://t.co/GzGB9w4lAE

It seems that Rhode is not dispelling the possibility of Wakanda one day coming to Disney, but stating that for Animal Kingdom, the land wouldn’t really make sense considering it is not heavily focused on animals.

Do you want to see a Wakanda in a Disney park? Where do you think it would best fit?