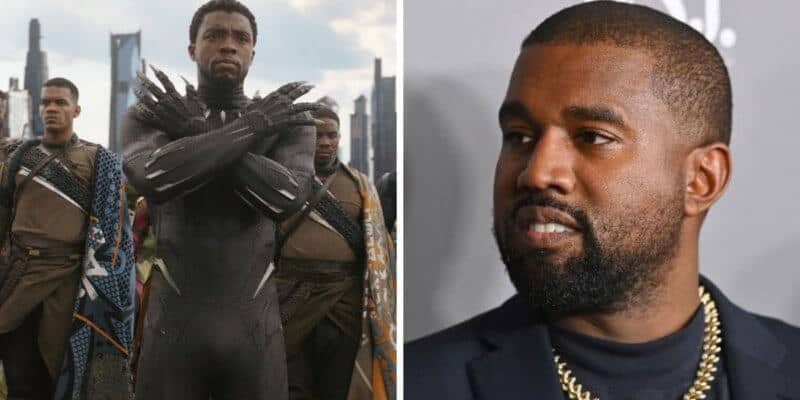 The famous words from Marvel’s hit movie Black Panther has stuck around with fans all around the world. But now, it looks as though Kanye West wants to utilize the model of Wakanda for the US Government.

In case you haven’t yet heard, West, an American rapper, singer, songwriter, record producer, composer, entrepreneur, fashion designer and more, has recently announced he’s running for President in 2020 with guidance from Elon Musk.

In a recent interview with Forbes, Kanye West discussed several different topics from developing policies to running for President in 2020 to the Wakanda Management Model from Marvel’s Black Panther. That’s right, in the interview, West discussed how he would like to use the “framework of Wakanda” to help explain how the design group will feel in the White House.

“A lot of Africans do not like the movie [Black Panther] and representation of themselves in…Wakanda. But I’m gonna use the framework of Wakanda right now because it’s the best explanation of what our design group is going to feel like in the White House…That is a positive idea: you got Kanye West, one of the most powerful humans—I’m not saying the most because you got a lot of alien level superpowers and it’s only collectively that we can set it free. Let’s get back to Wakanda… like in the movie in Wakanda when the king went to visit that lead scientist to have the shoes wrap around her shoes. Just the amount of innovation that can happen, the amount of innovation in medicine—like big pharma—we are going to work, innovate, together. This is not going to be some Nipsey Hussle being murdered, they’re doing a documentary, we have so many soldiers that die for our freedom, our freedom of information, that there is a cure for AIDS out there, there is going to be a mix of big pharma and holistic.”

Marvel’s Black Panther is a 2018 MCU superhero film that broke records at the box office. The official description of the film reads:

After the death of his father, T’Challa returns home to the African nation of Wakanda to take his rightful place as king. When a powerful enemy suddenly reappears, T’Challa’s mettle as king — and as Black Panther — gets tested when he’s drawn into a conflict that puts the fate of Wakanda and the entire world at risk. Faced with treachery and danger, the young king must rally his allies and release the full power of Black Panther to defeat his foes and secure the safety of his people.

If you have not yet seen Black Panther, you can stream it now on Disney’s streaming service, Disney+. If you’re not yet signed up for the service, you can get started here.

What do you think of following the model of Wakanda for the US Government? Let us know in the comments below.