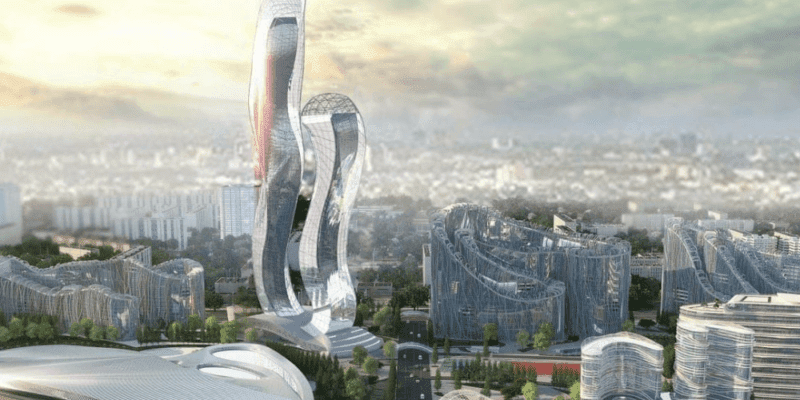 CNN reported that on Monday, Akon shared plans for his $6 billion project of a futuristic pan-African city in the small African country of Senegal. Akon tells CNN,

“our idea to build a futuristic city that incorporates all the latest technologies, cryptocurrencies, and also future of how African society should become in the future.”

Akon also states his project would provide much-needed jobs and revitalize the Senegalese economy, as well as serve as a “home back home” for Black Americans and others facing racial oppression.

“So if you’re coming from America or Europe or elsewhere in the diaspora and you feel that you want to visit Africa, we want Senegal to be your first stop.”

The plans for Akon City include a technology hub, seaside resort, and recording studios. On top of that, he plans to add hospitals, police stations, and a university. Akon was given 2,000 acres of land from the President of Senegal and awarded part of the $6 billion for building his land through investors.

The first stone has been dropped for #AKONCITY. May God bless me the opportunity to witness the last one. ?? ( AKONCITY.COM )

Below is more information about this real-life Wakanda, courtesy of AkonCity.com:

“AKONCITY.. it is Senegal rivalry futuristic development to become the beacon of innovation and human development by providing the best education solution, to lead the economy of the country creating the most revolutionary industry, rewarding Senegalese hard work for making Senegal the leading country in technology innovation and natural resources best used by providing the best housing with at most futuristic design comforting the daily life with mixed use of entertainment and services for all types of residential buildings (social, middle class and high end).”

On Saturday, August 29th, the world was shocked to hear that Black Panther star, Chadwick Boseman, had passed away at the age of 42 after a battle with Colon Cancer for four years.

The world’s heart broke, and fans across the globe have taken to social media to share their love for the King of Wakanda.

Akon isn’t the only person inspired by Wakanda. Earlier this week, actress Whoopi Goldberg and Marvel fans are calling upon Disney to build an entire theme park or land around Marvel’s Black Panther.

What Do You Think of Akon’s Real-Life Wakanda?