OpEd: Wakanda Belongs in Disney's Animal Kingdom - Inside the Magic 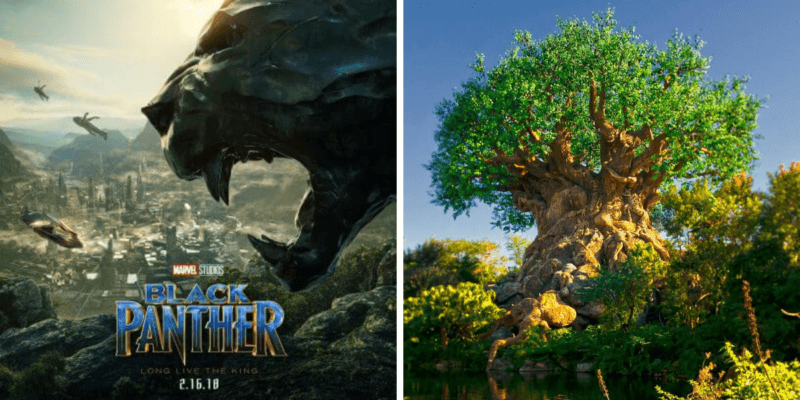 After the tragic passing of Black Panther star Chadwick Boseman, there have been calls by Whoppi Goldberg and other fans across social media for Disney to immortalize Marvel’s first black superhero by creating a Wakanda theme park.

While perhaps the idea of an entire theme park dedicated to the fictional comic book kingdom appears a bit much, it absolutely makes sense–in this writer’s opinion–for Disney to incorporate Wakanda into one of its theme parks, and Disney’s Animal Kingdom Park at the Walt Disney World Resort is the perfect place to do it.

Already the largest of Disney World’s four major theme parks, Disney’s Animal Kingdom makes sense both in the space it provides and the overall theming.

Portrayed as a proudly African nation, it is only fitting that Wakanda could be added on to the “Africa” section of the park. A smaller version of the area could theoretically be placed on the backstage space between Celebration of the Lion King and the Cantina at Pandora. Disney could also retheme more of the Africa area for Wakanda.

On the other side of the park, Dinoland, U.S.A. offers a better opportunity. This area is much more spacious and it currently hosts a themed land almost entirely in decay. Especially after the closure of the attraction Primeval Whirl. There is ever-growing potential for a brand new themed land. Replacing Dinoland would give Wakanda the ability to have at least two rides including one E-ticket attraction, multiple shops, and a dining area where Guests will be able to try Wakandan cuisine. And, the Walt Disney Imagineers will be able to add all of it without facing the logistical costs and concerns that come with having to expand the park.

Related: OpEd: What Should Happen to Dinoland at Disney’s Animal Kingdom?

There is also a third option. At least, there appears to be one. There is a section of Disney’s Animal Kingdom, right behind the “India” attractions Maharaja Jungle Trek and Kali River Rapids and left of the train tracks for Rafiki’s Planet Watch that appears to be just an empty field. Completely cleared with what seems to be a very low level of Backstage activity, this area could also be prime for some sort of expansion. The only question is: What kind of expansion if any?

I am not going to include Rafiki’s Planet Watch in the options because I am still holding out hope Walt Disney Imagineers will use the space to create a Zootopia-themed land.

But wherever it gets placed, Wakanda belongs in Disney’s Animal Kingdom because I believe it will be a place of inspiration for those who wonder how we can continue to become more advance as a people and yet still find ways to live in communion with the natural world around us. It seems like so many people have such a bleak image of the future right now. What better way to help remedy that than by taking people to an ultra-advanced civilization both in its technology and ecology?

Animal Kingdom beautifully provides a call to action for all of us to leave the park and create that harmony between civilization and nature. It takes us to the plains of Africa and the Mountains of Tibet. We even go back in time and to another planet. But it is a place true to the places that inspired it. These places are rough and their progress unfinished. The addition of Wakanda would allow Guests to take a look at that finished product, and introduce people to the idea that a civilization can in fact become so advanced without sacrificing anything on ecology. Wakanda would be an example of how the message of Animal Kingdom could be fulfilled.

Walt Disney always wanted his parks to be a symbol of hope for the future and a reminder that dreams do come true. Across social media recently, it has been made clear that Wakanda and the entire message of Black Panther is already a dream of so many people from almost every technological, ecological, and societal perspective.

On a lighter note, just imagine a thrilling and extremely high-tech interactive attraction where Agent Everett K. Ross and his CIA recruits (you) have to board dragon flyers to help Shuri and Okoye hunt down Klaw to stop him from poaching animals on Wakanda’s preserve.

Disney has never been known for making such a quick decision to change its parks. Even the Splash Mountain re-theme was said to have been under consideration for over a year, rather than being swayed so immediately by popular opinion. However, if Disney did decide to make the change to its Animal Kingdom theme park. It certainly makes sense and, in my opinion, would be a change for the better.

Can you see a Wakanda-themed land being added to Disney’s Animal Kingdom Park, or any Walt Disney World Resort theme park? Why or why not? Let us know in the comments!