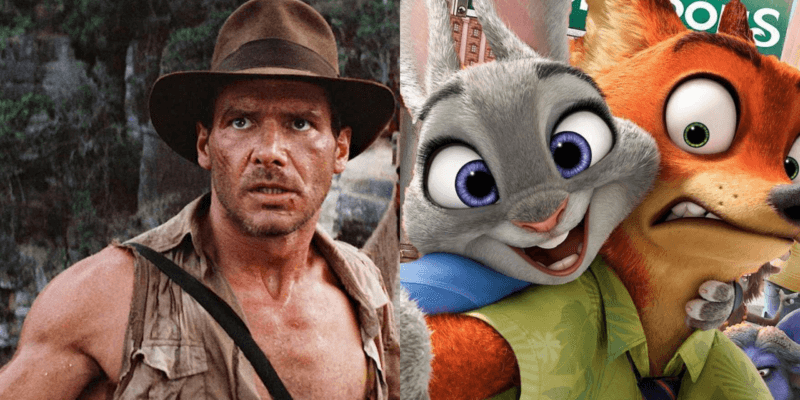 With the news that Disney is never reopening Primeval Whirl again at Disney’s Animal Kingdom and ride vehicles already being removed from the area, I was thinking that this poses a very interesting question for Dinoland, U.S.A. at the park. Does this mean that the future for the land is in question?

The answer could be a yes. With one attraction closed, Disney is likely to be looking at the future of the land, and while Dinosaur is still going strong, it certainly doesn’t draw the crowds that it used to.

Here are a few ideas for what Disney could do with the area in the future.

While it might seem like a crazy idea, an Indiana Jones area at Disney’s Animal Kingdom would make a lot of sense, particularly if you based the look of the land on the events of Indiana Jones and the Temple of Doom. In addition to the setting, the ride system of Dinosaur is exactly the same system as the Indiana Jones Advenure attraction in Disneyland.

While I am certainly not suggesting that Disney should copy and paste the exact same attraction from the Disneyland Resort, it would certainly save the Imagineers a bit of money if they do use an existing template. With the current world order, it wouldn’t be a surprise to see Disney want to cut costs on any new land at the park.

Given the popularity of Indiana Jones and a new film on the way, its surprising that Walt Disney World hasn’t already got a dedicated land to the adventurer. While I’d argue that Disney’s Hollywood Studios would be a better fit for the location of an Indiana Jones land, Animal Kingdom would be next on the list given some of the locations he has been to over the years.

TJ has done a fantastic job in the past of making the case for Zootopia at Disney’s Animal Kingdom and I’d agree, its the perfect park for a themed land dedicated to the movie.

While many cases have been built to have the land put into the location where Rafiki’s Planet Watch currently sits, doing this would remove an important part of what makes Disney’s Animal Kingdom so great, the focus on education and conservation.

Given that Dinoland, U.S.A. isn’t doing any of this right now, it makes perfect sense to get rid of this entire area to replace it with Zootopia.

There have also been rumors for years that Disney is working on a sequel to the 2016 Zootopia movie and given the economic climate, we wouldn’t be surprised to see Disney give this the green light given its almost certain to make over a billion dollars at the box office.

I am going, to be honest with you guys, I absolutely love Dinosaur but I really dislike the rest of Dinoland, U.S.A. Even as a kid the carnival setting just felt awful and it just feels like Disney rushed the rest of the land. Now that Primeval Whirl has gone, most of the land outside of Dinosaur is pretty pointless. It is also very odd that Finding Nemo The Musical technically sits in the land…

This gives Disney an excellent chance to invest in a new attraction for the area that replaces the entire carnival area with something new entirely. Imagine a new attraction with a prehistoric theme that has the luxury of all of the space currently taken by the area where most guests just walk past. Dare I say that Disney could create a coaster to rival the one currently being built by Universal?

Disney has a lot of options with the land. I also wouldn’t say no to an entire area themed to the Arctic (or the Antarctic), as this would stand out as something very different to the other themed areas of the park.

What do you think Disney should do with Dinoland, U.S.A., keep it as it is or replace with an entirely new land? Let us know in the comments below!