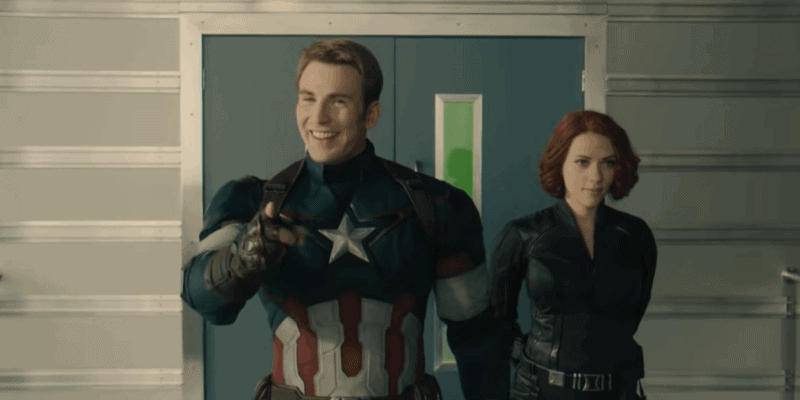 The internet is freaking out over Chris Evans’s chest tattoos stealing the show in a recent interview, and Marvel fans can’t seem to grasp the reality that Captain America isn’t so clean-cut after all. Many Marvel fans’ favorite superhero is the talk of the town after The Falcon and the Winter Soldier shook up the Marvel Universe by introducing a “new” Captain America, but fans continue to show their support for Chris Evans’s MCU character even after the actor’s time with Marvel has come to a close.

Despite all of the news surrounding Chris Evans’s comments on the Marvel Cinematic Universe or upcoming feature films in the ACE Universe interview, Evans’s chest tattoos poking out of his shirt are the thing the internet has latched onto.

yeah hi i will be talking about nothing else today except these pictures of chris evans and his chest tattoos re-emerging tyvm??❤️ pic.twitter.com/iRRItMJ9pV

One Captain America fan, Amanda Azar, wrote, “yeah hi i will be talking about nothing else today except these pictures of chris evans and his chest tattoos re-emerging tyvm [thank you very much].”

Siri exclaimed how Heaven must look like Chris Evans in a floral shirt with a tank-top and gold chain.

chris evans in floral shirt with the tattoos peeking and the chain? this is what heaven looks like pic.twitter.com/7zOkRf6NCQ

Clare perfectly captured Marvel fans’ craze of only now realizing that Captain America has tattoos with a Simpsons GIF.

To all the new people losing their minds over Chris Evans’ tattoos – welcome! pic.twitter.com/DlyQGzhE7V

I mean, come on, who knew that Chris Evans had chest tattoos? In the long run, it’s not a big deal, but right now, it’s pretty funny seeing so many Marvel fans lose it over the Knives Out actor sporting a floral shirt and gold chain.

What’s next for Captain America in the MCU?

After the events of Avengers: Endgame (2019) and returning to the early 1940s to reunite with his true love, Peggy Carter, Steve Rogers/Captain America passed his shield down to Sam Wilson/Falcon.

Dealing with the pressure and turmoil of being the “new” Captain America, Falcon has already attempted to hang up the shield for good in Marvel’s The Falcon and the Winter Soldier on Disney+. Following the aftermath of Endgame, a new threat emerges that forces the Falcon and Bucky Barnes/Winter Solider to reunite and take on the Captain America mantle together.

In the pilot episode of Falcon and the Winter Soldier, the U.S. government has named a new Captain America to inspire the nation. Still, Bucky and Sam know there can only be one Captain America.

Catch Bucky Barnes/Winter Soldier (Sebastian Stan) and Sam Wilson/Falcon fight for Captain America’s shield and stand against a new group of Super Soldier Serum soldiers that threaten Earth’s Mightiest Heroes in The Falcon and the Winter Soldier every Friday on Disney+.

Did you know this about Chris Evans? Let us know in the comments below!

Comments Off on Captain America Isn’t Really So Clean Cut