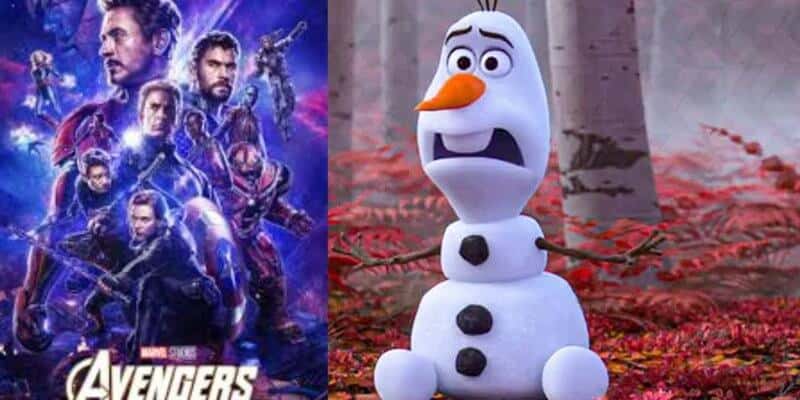 Who doesn’t love Olaf’s monologue in Frozen 2? The moment Olaf recapped the first film, Frozen, to the Arendelle soldiers was possibly the best laugh either film had.

Clips of the monologue were being shared all over social media, and TikTok’s everywhere began re-creating the Olaf rant. It was so easy to love Olaf’s monologue because he was able to just state the facts, and when we are talking Disney fairytales, those facts are often out of this world. As for Frozen, there are twists and turns. Actor Josh Gad’s ability to take the text and manipulate his emotions through voice keeps the long winded story fresh and hilarious.

Related: The Actor Behind “Olaf,” Josh Gad, Reads Bedtime Stories To Your Kids During the Isolation

Well what if we told you, you could hear Olaf recap another plot, and this time it’s Avengers: Endgame.

Voice actor Josh Gad took to Instagram to say he would recap Avengers: End Game as Olaf if 1500 people registered to vote for the upcoming 2020 Presidential election. Well, you know the internet did not let this opportunity slide and 1500 Americans were registered to vote.

Josh posted his Avengers: Endgame monologue, and boy did he not disappoint. The monologue pokes fun at the film and, like the original Frozen version, is very blunt and full of twists and turns!

Lets look at a few quotes from Olaf’s interpretation of Avengers: Endgame:

“Our Avengers have been defeated by Thanos, all is lost”

“Will he eat Gamora? NO that’s not who Tony Stark is!”

“Will our hero’s stop him? YES THEY DO! But all is still lost”

“Oh no Thor is morbidly obese and an alcoholic!”

“Tony will meet his father and a CGI Michael Douglas”

“Clint and Black Widow meet Red Skull who makes them both play a game of Sophie’s Choice. They fight over killing themselves like it’s a bill the other wants to split. And just when you think Clint is gunna die, Romanoff plunges to her death! And get’s a spin off. Clint is depressed. But he too knows that he will soon have his own spin off series on Disney+.”

“But worry not! Modern day Bruce puts all the stones in a very expensive bedazzled gold glove”

“Thanos you’re done sucker, and they all live happily ever after.”

Just reading the lines Gad created make us chuckle, but the true comedy is in his delivery. It is especially hilarious how many times he references a Marvel character getting their own spin off series on Disney+. Disney sure knows how to capitalize on a hit.

I asked. You delivered. Over 1500 of you either register to vote or verified your voter registration on the link in my bio. And as promised, I expo now recap last year’s hit film Endgame as Olaf. Remember, if another 1500 of you register or verify your voter registration in the link in my bio, I will recap 2020 as Olaf. #ILoveYou3000 #Register #Vote #HeadCount @headcountorg

Will Josh continue to Re-create plots as Olaf?

If another 1500 Americans register to vote, Josh will have Olaf recreate the plot of 2020 which is sure to be hilarious. With all the insanity and tragedy that has taken place this year, listing them back to back will sound fake — and with Olaf thinking we are safe and then Murder Hornet’s arrive, the comedy will melt right out of him.

Related: Olaf’s Backstory To Be Revealed In NEW ‘Frozen’ Short

Have you heard Olaf recreate Avengers: Endgame? Let us know!

Comments Off on Watch Olaf Recap The Plot of ‘Avengers: Endgame’