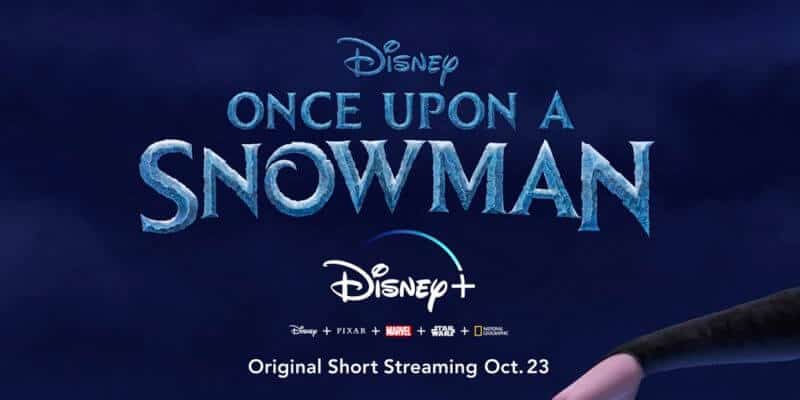 We seriously cannot get enough Frozen in our lives and luckily Disney+ is helping to fill that craving! The wildly popular film franchise, which began in 2013 and continued in 2019 with Frozen II, has had us wondering when the next film will drop.

Of course, we love Anna and Elsa, but the fun-loving klutz of a snowman Olaf (voiced by Josh Gad) really has our hearts. Over the course of two films, we have only fallen more in love with Olaf, but oddly enough we don’t know too much about him.

That’s where Once Upon A Snowman comes in.

What is the short about?

Once Upon A Snowman is going to give us the backstory of Olaf and if you are a Frozen fan, this is GREAT news!

What’s On Disney Plus noted that:

What happened to Olaf within the moments after Elsa created him as she was “letting it go” and building her ice palace, and when Anna and Kristoff first meet him in the forest? And how did Olaf learn to love Summer? The previously untold origins of Olaf, the innocent and insightful, summer-loving snowman who melted hearts in the Academy Award®-winning 2013 Disney animated feature, Frozen, and its acclaimed 2019 sequel, are revealed in the all-new Walt Disney Animation Studios animated short, Once Upon a Snowman. The film follows Olaf’s first steps as he comes to life and searches for his identity in the snowy mountains outside Arendelle.

It will be very interesting to see “Let It Go” from Olaf’s point of view, and also we will finally understand why a snowman could love summer so much!

When can we watch it and what’s next?

Once Upon A Snowman will be streaming exclusively on Disney+ as of October 23rd. Josh Gad announced the new Disney short film on Jimmy Kimmel Live and also hinted that there is a lot more Frozen and Olaf to come. Disney is even creating Olaf’s Learning Adventures, where kids can learn from Olaf from the comfort of their own home. During a pandemic, keeping your kids occupied is one thing, but to have them learn from their favorite Disney character is another!

Are you excited for Once Upon A Snowman? Let us know below!