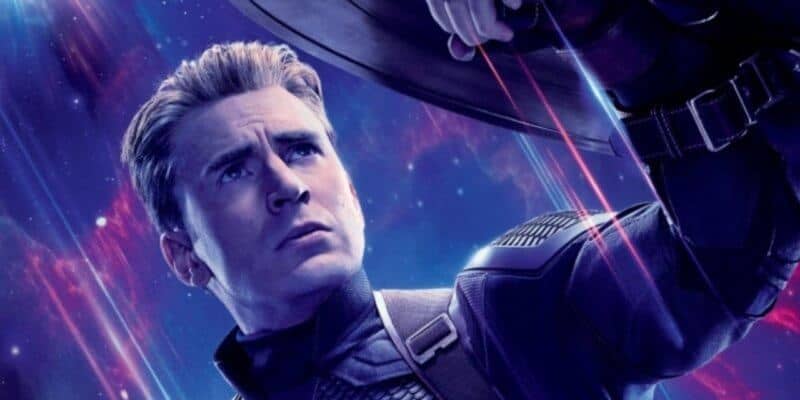 This article has been updated since publishing with new information, scroll to the bottom for Chris Evans’ comment on the situation.

Chris Evans once said, “I can do this all day” (Captain America: The First Avenger), and it looks like he wasn’t kidding.

At the end of Avengers: Endgame, just when we were done mourning the loss of Iron-Man (Robert Downey Jr.), Steve Rogers appears in the form of a much older man and hands his Captain America shield to Sam Wilson (Anthony Mackie). The symbolic ‘passing the baton’ or in this case, shield, mixed with old man Rogers left Marvel fans everywhere thinking that Steve Rogers was passing along his role as Captain America.

This all happens because in Avengers: Endgame, Captain America goes to put the Infinity Stones back in time where they came from to ensure there is no disruption in the timeline — but then decides to stay in the 1940s with Peggy Carter (Hayley Atwell). Comicbook.com even quoted Evans saying, “It was a great run and we went out on such a high note that it would be risky to revisit it in my opinion. It was such a good experience and I think it’s better left that way.”

Now, it seems that Evans and the MCU may have changed their tune. Chris Evans is reportedly in talks with Marvel at the moment to reprise his role as Captain America to return for one more Marvel production (whether that be film or television was not specified), while also having the option to return for another movie in the future. Comicbook.com went on to add that these appearances would be in a supporting capacity, not a stand-alone movie — if the reports are indeed fact. For now, Marvel has yet to comment on the possible return of Evans as Captain America.

But after everything we saw in Avengers: Endgame, how could this be? The Hollywood Reporter had a few theories, which Anthony Russo, director of Captain America: The Winter Soldier sorted out.

Since Steve Rogers is a noble man, would he really have gone back in time and essentially broken up a family by reuniting with Peggy? Does this mean that somehow Steve was actually Peggy’s husband all along? Or did he create an alternate reality with his actions?

Russo responded noting that Steve Rogers’ return created an alternate timeline for the Captain, “If you went back to that timeline, between the point where Steve went into the ice [in Captain America: The First Avenger] yet before Peggy met her husband, Peggy was available. They exist in a different timeline.”

Considering Russo was able to confirm that Captain America was able to create an entirely new timeline with his return, perhaps there was a version of him in an alternate timeline that did not go back to the 1940s — meaning there could be a world in which Captain America did not age so quickly. Currently, that is all speculation, but the idea of having different choices create alternate realities could be a plausible way to bring back the Cap.

The new Disney+ series The Falcon and the Winter Soldier may also shed some light on the possible whereabouts and storyline of Captain America considering his shield is everpresent throughout the show, which will come to the streaming service in 2021.

News to me (alongside a person maxing an ‘x’ emoji)

Considering the news of Evans rejoining the MCU is fresh, it is pretty clear that this Tweet is a direct response to that. It seems that according to Chris Evans, he has yet to see any deal or paperwork come through regarding his role of Captain American in future Marvel projects.

For now, we will just need to wait and see what Chris Evans’ fate is within the MCU! Stay tuned to Inside the Magic as we continue to give you all of the Marvel news!

Do you think Chris Evans will return as Captain America? How do you think Marvel can bring him back?