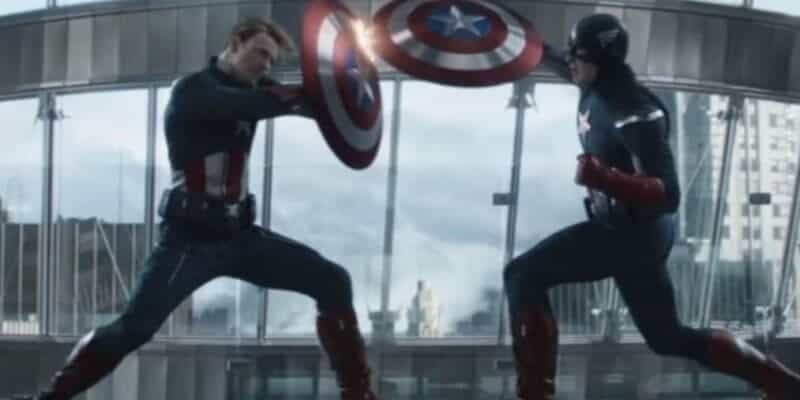 During the events of “Avengers: Endgame,” some were confused by Captain America, who seemed to be able to exist in almost too many different places in time. And this lead to some fans questioning his ability to both help save the universe with his Avenger pals and also find a way back to his true love Peggy Carter? Well, as it turns out, there were two of him.

In a recent interview with “Avengers: Endgame” screenwriters Christopher Markus and Stephen McFeely, McFeely shed some light on Capitan America’s character. Specifically, how he was able to be in so many places in time. “We think there have always been two Caps from 1945 to, say, now, and we just didn’t know that. That’s the loop, right?” McFeely told Backstory Magazine.

McFeely continued: “It’s not Back to the Future rules, it’s branch reality rules. This is not stepping on a butterfly that turns the world into Biff’s casino. You can’t alter your future by going back to the past. We sort of created our own time travel rules wherein, as the Ancient One says, if you remove an Infinity Stone from a timeline, that creates a branch reality.”

“Those are fine. And after he did the last one, he jumped to 1948 and decided to stay. So, his younger self is on ice somewhere and it’s only in 2011 that there are technically two Steves running around — to the point where if you were to look closely at Peggy’s funeral, there’d be an old man in the back named Roger Stevens.”

Imagine being able to not only help save the universe from a cataclysmic event but then also go back to an entirely other time to live out the rest of your life with person you love more than anyone else? Captain America is a true marvel. How great would it be to see him come back to the MCU again in some form?

What are your thoughts on the MCU having two Captain Americas? Let us know in the comments below!