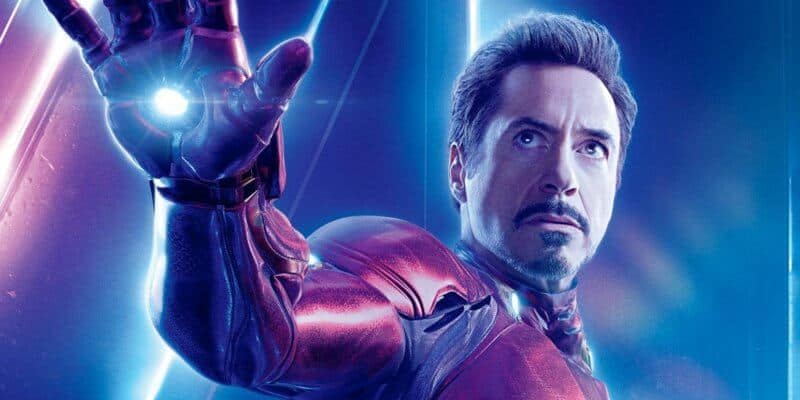 “Avengers: Endgame” marked a momentous occasion for the MCU as it brought an end to over ten years of films that spanned over eleven movies, which millions of fans around the world fell in love with. Although, one detail that might have gone overlooked from the film was what seemed to be an out of place teenager featured in a critical ending scene. However, fans have now identified this boy, and we have to tell you, his identity will cause you to feel a lot of things.

At the end of “Avengers: Endgame,” when all of the superheroes are gathered around to say farewell to their fallen brother, you might remember seeing one attendee that you may or may not have been too familiar with. To jog your memory, this out of place funeral attendee was a teenager, who stood behind Scarlet Witch in the emotional scene.

Well, as we all know, “The Avengers” franchise is part of the much bigger Marvel Cinematic Universe, which is the combination of a few other big Marvel character films that span over one big story to create an epic universe. And one major part of this universe was “Iron Man” and his three films, which all took place in this big timeline.

For those who might remember “Iron Man 3,” they may remember a little boy genius by the name of Harley Keener (played by Ty Simpkins), who Stark befriended after becoming stranded in Tennessee. In the Iron Man movie, the boy helped Stark repair his Iron Man suit, alongside helping him deal with his anxiety attacks.

Harley the kid from Iron Man 3 was there at Tony's funeral. that hurts #AvengersEndgame⁠ ⁠ pic.twitter.com/Snhl2jU4Fw

As fans have pointed out, it seems this same boy has now grown up to be a young man, who wanted to pay his final respects to the billionaire genius. Fans know that we haven’t heard much of Harley since “Iron Man 3,” but the fact that he reappeared at such a critical scene in the MCU is making some fans think this Teenage genius may have a bigger role to come.

Anyone else notice Harley from Iron Man 3 at Tony’s funeral in Endgame???? Made my heart hurt? #AvengersEndGame pic.twitter.com/Hq9Co348lS

Also, it is worth noting that even though the teenager may not have been featured in any of the Marvel films since “Iron Man 3,” it can be said that he has been present at every Marvel premiere from that film on. He was even featured in this Marvel 10th anniversary video, which shows all of the MCU’s biggest stars posing together and Simpkins can be spotted amongst them.

Had a blast at the Endgame premiere! Love catching up with some old friends! I’m happy this movie finishes this chapter of the marvel saga. To be a part of this universe. The past 10 years of my life have been a joy. Even though I joined the party late everyone there treated me like I’ve been there since Iron Man in 2008. I’m so excited to see where the MCU is going in the future. Here’s to the last 10 years and to 10 more. #avengersendgame #dontspoiltheendgame

Now fans believe Simpkins could be introduced to the MCU in an upcoming film, possibly even taking the role of Iron Man! Of course, many disagree with this idea and say there can only be one Iron Man. Although, it can be said that crazier things have happened in the MCU.

One last thing we have to mention, which may pull on your heart strings even more when it comes to the return of Harley, was the fact that in “Iron Man 3” the boy shared with Stark that he hadn’t seen his dad for six years. Well, the premiere of “Avengers: Endgame” came almost exactly six years after “Iron Man 3” did.

What are your thoughts on there possibly being another Iron Man? Let us know in the comments below!