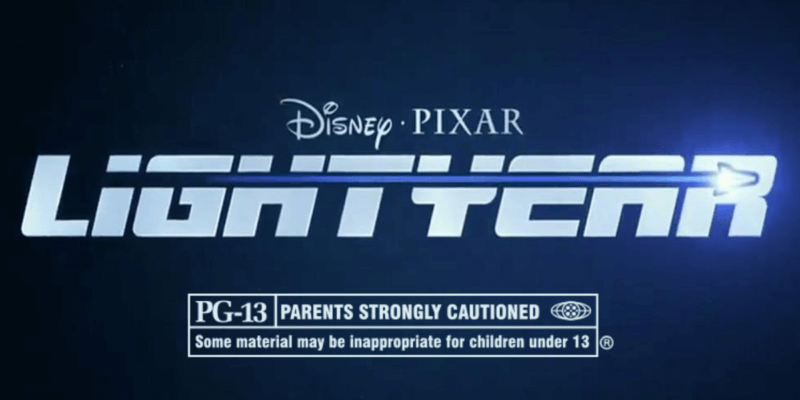 During the 2020 Investor Day Event, Pixar Animation Studios announced that we will learn about the story behind the greatest toy in its universe: Buzz Lightyear.

Called Lightyear, this origin story will be centered around the actual action-hero Buzz Lightyear; how he went from being a young test pilot to the Space Ranger he’s known as today. Simply knowing that premise and seeing the one image Pixar released, it is clear that fans are going to be in for a thrilling, action movie.

But could it also become the first movie in Pixar’s history to earn a PG-13 rating?

While Pixar Animation Studios takes pride in its exclusively family-focused content, it has always carried a very adult vibe, proving since Toy Story that adult films do not have to be rated PG-13 and above to be called such.

But the streak of G-Rated films was broken with The Incredibles and understandably so. Incredibles brought with it not just far too much action for a G-Rated movie to handle, but also more overtly-adult elements. These include suggestions of cheating, the unveiling of a superhero genocide, and unprecedented levels of life-threatening situations.

I think Pixar could go even farther with Lightyear, and almost should. After all, this movie is not about the toy voiced by Tim Allen. It is about Space Rangers and the real Buzz Lightyear voiced by Chris Evans! If Pixar is setting up this movie anything like the straight-to-video movie and Disney Channel show, Buzz Lightyear Space Ranger, it is going to be very Star Wars-esque and filled with life-threatening levels of action. The show was able to be watered down and filled with comic relief, but one has to wonder if such a direction will be appropriate for this movie.

But Lightyear will primarily be an origin story–usually a bildungsroman for those who remember anything from 9th-grade English–so we will most likely witness Buzz go through some serious drama and immaturity as he struggles to develop into the straight-laced hero he’s immortalized as in toy form. For those who watched National Geographic’s The Right Stuff on Disney+, you will know that the biggest drama stories that surround test pilots include having hot-tempered, wreckless attitudes, “boy/girl trouble,” and literally witnessing the deaths of their friends.

We will also hopefully meet one of the greatest villains in Pixar, The Evil Emperor Zurg, and just the intensity level of his whole character could be enough to set the computer-animated film at an automatic PG rating.

It can be argued that we are living through an era of film dominated by, what I like to call, the “family-friendly” PG-13 movie: a film that earns the PG-13 rating from the Motion Picture Association almost purely for things like “violence including battle sequences,” “intense images,” “moments of peril,” and “mild language,” but remains marketable to almost every age demographic of the family.

Since the early 2000s Disney, Marvel, and Lucasfilm have been perfecting this new pseudo-genre of film. We see this with Disney’s Pirates of the Caribbean franchise, every single installment of Marvel’s Infinity Saga, and most of the films in Star Wars’ Skywalker Saga. The Mandalorian is also a great example of this pseudo-genre as a long-form series. They may not be classically G-rated. They may have some very uncouth moments. But, they are still able to be loved by many people of all ages.

But at the end of the day, all that matters is that Pixar tells Buzz’s origin story completely and as it should be. Pixar’s history shows that they are able to tell their stories completely without breaking the PG barrier, and I commend them for it! But considering Buzz’s story and those akin to it, I personally can see Lightyear finally pushing Pixar across that line and earning the studio its first-ever PG-13 rating.

While this argument is my own, I am not the only one here at Inside the Magic excited to see Disney-Pixar’s Lightyear in theaters, and we will continue to keep our ears to the ground, ready to update our readers on the latest information regarding Lightyears and the other upcoming Pixar projects as they come to light.

Do you think Lightyear could warrant a PG-13 rating? Do you think Pixar should make it a PG-13 film? Why or why not? Let us know in the comments!