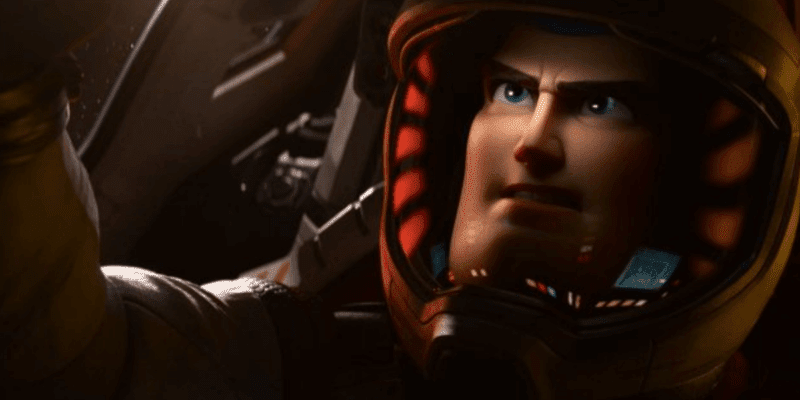 During the Disney Investors Day 2020 event, The Walt Disney Company confirmed Pixar’s newest film Lightyear, a prequel to the Toy Story franchise, and a closer look into Buzz Lightyear’s journey.

The Pixar film is blasting into theaters on June 17, 2022, and features a brand new voice for the beloved Space Ranger: Chris Evans.

The Marvel actor is making his official jump over to Pixar in 2022, as Captain America himself voices everyone’s favorite galactic hero. Chris Evans has become a favorite actor for roles in Knives Out, Captain America: Winter Soldier, and Scott Pilgrim vs. The World — but where is Tim Allen in this new Buzz Lightyear movie?

After all, the actor has voiced the classic Pixar character since 1995 in all four Toy Story films and Toy Story shorts. While there has been no falling out between Tim Allen and the Pixar Studios, there must be a good reason for The Last Man Standing star to not return as the voice of Buzz Lightyear.

We all love Chris Evans; it’s just a fact. However, Tim Allen is the voice for Disney’s most popular toy and many people’s all-time favorite Disney/Pixar character. It’s like saying Leonardo DiCaprio takes over Woody from Tom Hanks; it just doesn’t sound right.

However, since Lightyear is a backstory to the Buzz Lightyear we see Toy Story 1-4, perhaps Chris Evans could stand in as the “voice before the voice” of Buzz Lightyear, a younger version of the character. Or perhaps Chris Evans voices the “test pilot” Pixar hints at in their latest tweet on the film before Buzz becomes an official Space Ranger, in which Tim Allen then takes over as Buzz’s voice?

In Pixar’s previewed image of Lightyear, Buzz does look quite different — and even younger — from his original persona in Toy Story. So, with a different look, maybe there should be a different voice. Personally, I think Tim Allen’s portrayal of Buzz Lightyear is one of the best in Pixar’s arsenal, but I’m excited to see what Chris Evans brings to the table.

Nonetheless, many fans on Twitter are already saying “To Infinity and Beyond!” and can’t wait for the film to hit theaters on June 17, 2022.

Do you think Tim Allen should still voice Buzz Lightyear? Let us know in the comments below!