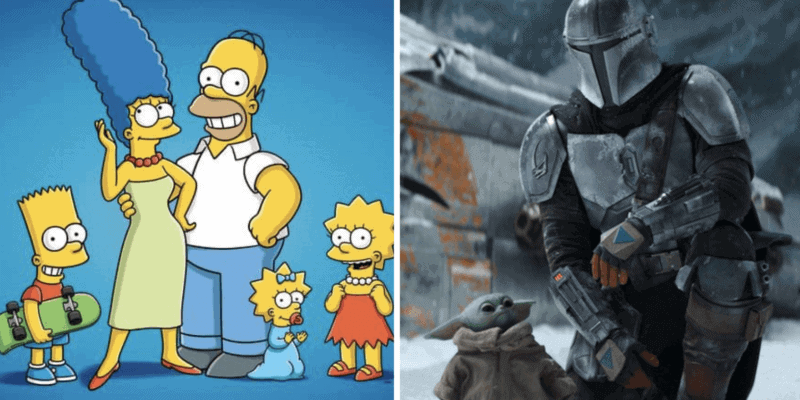 Now, another mega-popular show, The Simpsons, has — in a roundabout way — offered a prediction for The Mandalorian’s Season 3 storyline.

The Simpsons, which now falls under the Disney banner after The Walt Disney Company acquired 20th Century Fox — now 20th Century Studios — in 2019, is known for its strange and correct predictions of world events. A recent list of 15 times The Simpsons predicted the future can be found on The Wrap.

2016 Nobel Prize Winner  In a 2010 episode, Milhouse predicted that Bengt R. Holmstrom would win the Nobel Prize in Economics and, sure enough, in 2016 Holmstrom and Oliver Hart were announced as joint winners of the prize.

Related: ‘The Simpsons’ is More Popular Than ‘Hamilton’ on Disney+

Another hilarious correct prediction was the rise of the popular social media game, Farmville, a decade before it launched:

Farmville  The virtual reality game, Farmville, was all the craze in 2009 with people rushing home from work or school to tend to their farm. In a 1998 episode, “The Simpsons” shows a scene were kids are excited to play in a yard work simulator.

Back to the topic at hand, however — A new meme featuring a scene from a fairly forgettable Simpsons episode (Season 15, Episode 12, “Millhouse Doesn’t Live Here Anymore”) has showcased exactly what could happen when The Mandalorian Season 3 airs, likely sometime in 2022, as the show isn’t on Disney’s 2021 release schedule.

Related: ‘This is the Way’ to Buy a Limited Edition ‘Mandalorian’ Shirt

The implication here, of course, is that Din Djarin (Pedro Pascal) will have a lot of work ahead of him as the new de facto ruler of planet Mandalore. Djarin — much to warrior Bo-Katan Kryze’s (Katee Sackhoff) chagrin — won the Darksaber, the ancient Mandalorian weapon crafted by Mandalorian Jedi Tarre Viszla,  from Moff Gideon (Giancarlo Esposito) in an epic beskar spear v. Darksaber battle in The Mandalorian Season 2 finale episode (“Chapter 16: The Rescue”).

Winning the black-bladed saber makes Djarin Mand’alor — whether or not he wants this mantle is another matter entirely and is likely to be a major focus of Favreau and Filoni’s third season. It’s also expected that Sackhoff will reprise her role as Kryze, probably seeking to obtain the Darksaber one way or another so she and her Nite Owl warriors can retake her homeworld.

Inverse pointed out the following about the old Simpsons episode and the upcoming season of The Mandalorian:

Mando/Willie makes a pretty good point. Throughout the entire Star Wars saga, the Mandalorian people seem to constantly be at war with someone, whether that’s themselves or an external enemy. Even when Mandalore becomes a peaceful and neutral planet, it still struggles with civil war while relations with the Republic are frosty at best.

As for Mandalore itself, it may already be ruined. As alluded to in The Mandalorian Season 2, the planet was apparently turned to glass during a conflict with the Empire. In other words, Emperor Palpatine bombed the planet to oblivion, which was actually one of his favorite military tactics until the invention of the Death Star.

Whatever happens, Djarin — and possibly Kryze — have their work cut out for them as they try to rebuild a new Mandalore, with or without an inhabitable planet at their disposal.

With rumors running rampant that George Lucas is going to be “heavily involved” in new episodes of The Mandalorian Season 3 — and reports that we could even be returning to prequel trilogy planet, Naboo — there’s sure to be a great deal of action ahead for Djarin, Kryze, and maybe even Grogu (AKA The Child AKA Baby Yoda) if he and Jedi Knight Luke Skywalker make another appearance.

You can view the full Grounskeeper Willie scene that inspired the Simpsons Mandalorian meme below:

What do you think? Is The Simpsons at it again, correctly predicting the future?