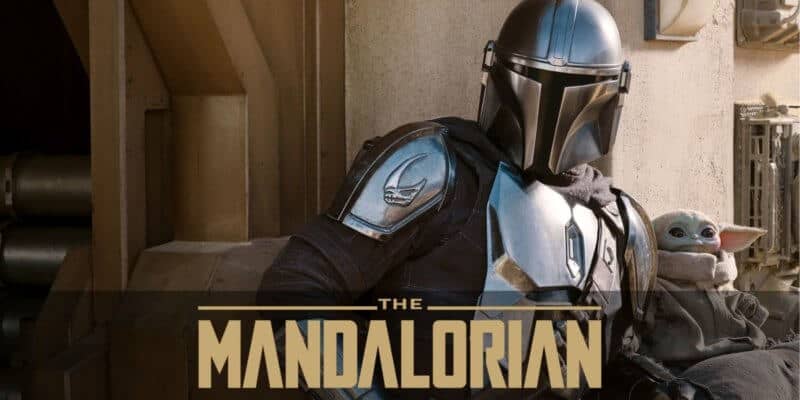 Fans of The Mandalorian have been anxiously awaiting any news of the hit showrunner Jon Favreau and executive producer Dave Filoni series since the epic Mandalorian Season 2 finale episode (“Chapter 16: The Rescue”) dropped on Disney+ on December 18, 2020.

True to form for Star Wars’ most tight-lipped creative team — remember, Grogu (AKA The Child AKA Baby Yoda) was kept secret for a whole year before his unveiling in Season 1 — it’s been tough to find out anything about the upcoming third season, short of the fact that beskar armor-clad bounty hunter Din Djarin (Pedro Pascal) will be reprising his role.

Now, however, a new and exciting detail has possibly emerged. Per DisInsider:

Now, we urge readers to take this information with a grain of salt because production dates always change – and with the ongoing pandemic, it goes without saying that there’s a greater possibility that this could change – but based on some information we’ve obtained from the site Production Weekly, the third season of The Mandalorian could begin filming this August.

It was previously believed that both the third season and the previously announced spin-off, The Book of Boba, would debut at around the same time in December of 2021. However, considering that filming will happen so late in the year, it hardly seems realistic that post-production will be complete by then.

Above, you can see a screenshot of shows expected to begin production in August 2021, with “The Mandalorian 03″ highlighted.

In a Good Morning America interview earlier this month, Mandalorian showrunner Jon Favreau shared that The Mandalorian Season 3 will be filming after The Book of Boba Fett — this show is set to feature Boba Fett (Temuera Morrison) and his iconic Mandalorian armor navigating the criminal underworld on Tatooine. Presumably, we’ll see a Tusken raider or two and maybe even Mos Pelgo Marshal Cobb Vanth (Timothy Olyphant), a new character who was introduced to the Star Wars galaxy in Mando Season 2, Episode 1 (“Chapter 9: The Marshal”).

Details have not been shared about when Ahsoka and Rangers of the New Republic — two other Mandalorian spinoffs that are expected to air concurrently with the hit original series — will begin production.

When we last left our unlikely band of heroes in “The Rescue,” they were quite literally being rescued from Moff Gideons’ (Giancarlo Esposito) Dark Trooper squadron by none other than Jedi Knight Luke Skywalker (a CGI de-aged version of Star Wars icon Mark Hamill), who ultimately spirited Grogu away to complete his Jedi training following a tearful and poignant goodbye scene with Djarin to end the second season.

Next up? We can only speculate, but it seems likely that the Darksaber storyline with Bo-Katan Kryze (Katee Sackhoff) and her Nite Owl warriors, including Koska Reeves (Mercedes Varanado/Sasha Banks) isn’t over yet — Kryze needs the Darksaber to retake Mandalore and Djarin became de facto ruler of the planet when he won the black-bladed saber from Gideon in battle.

The Empire will also undoubtedly continue playing a role, since Djarin did not kill Moff Gideon, but instead allowed the Imperial sympathizer to live after he defeated him.

Ahsoka is expected to follow the continued adventures of Anakin Skywalker’s Padawan Ahsoka Tano (Rosario Dawson) as she searched the galaxy for Grand Admiral Thrawn (rumors are swirling he will be played in live-action by Robert Downey, Jr.) and Ezra Bridger (voiced by Taylor Gray in Star Wars Rebels).

Meanwhile, Lucasfilm executives have been mum on Rangers of the New Republic, but most fans expect it will follow the story of New Republic Marshal Cara Dune (Gina Carano) on Nevarro, with Carl Weathers possibly reprising his role as Greef Karga.

Unconfirmed reports have stated that the series, known for its incredible visual effects — just like the original trilogy was in the 1970s and 1980s — may see some major input from George Lucas himself. Lucas has been vocal about wishing he had been given “more say” in the Skywalker Saga sequel trilogy, so it’s unsurprising that he would be interested in the trajectory of new episodes of The Mandalorian, which has quickly turned into the epicenter of the Star Wars universe.

One thing is certain, the upcoming season of the hit live action series is sure to keep us on our toes.

What do you think? When will The Mandalorian Season 3 get underway?

Comments Off on ‘Mandalorian’ Season 3 Gets Potential Filming Start Date!