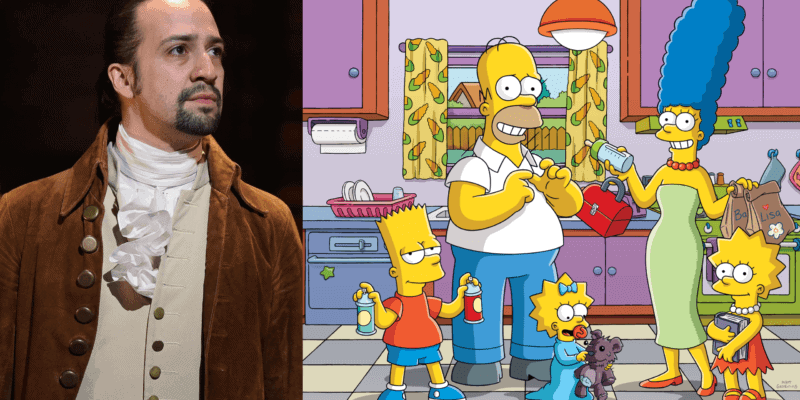 With Hamilton arriving onto Disney+ earlier in the month, it seemed that nothing was going to stand in its way of becoming the most viewed movie or show for the foreseeable future on the platform. Well, it would seem that Homer, Marge, Bart, Lisa and Maggie have something to say on the matter as the family continues to perform on Disney+ in America.

Thanks to Whatsondisneyplus.com, we can see the current top 10 most popular items on Disney+:

We should say that these aren’t based on viewing numbers (as Disney doesn’t provide these) but based on the trending section on the Disney+ app.

What’s so interesting about this is just how little time Hamilton stayed at the top of the chart and while it is still within the top 3, this highlights some of the concerns that viewers have had with the lack of new content on the service. We’ve already written about the possibility of Hamilton arriving on Disney+ instead of its intended theatrical release in 2021 was because of the lack of new content and to not still hold the top spot could be a concern to Disney.

There’s not a great deal of original content arriving on the platform outside of Muppets Now (arriving Friday) until season two of The Mandalorian arrives later this year.

It will be interesting to see if the spike in Disney+ downloads that Hamilton drove will continue into more than a single month subscription. As good as Hamilton is, there are only so many times you can watch it before wanting to move onto something new on Disney’s streaming service.

Related: Why won’t Disney just give us adult content on Disney+?

We still think the value you get from Disney+ is worth the annual subscription. With the huge selection of Disney movies and television shows as well as 30 years of The Simpsons, there’s nowhere cheaper where you can watch everything in one place for so little a month.

What are your thoughts on all of this, have you still got your Disney+ subscription or have you left the service until more content arrives? Let us know in the comments below!