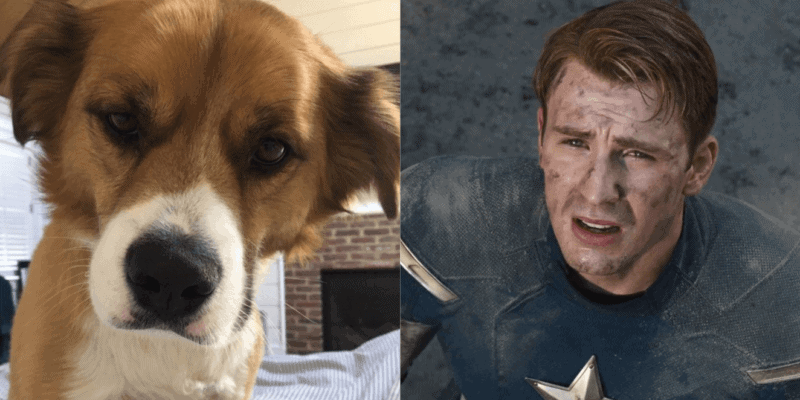 Quarantine life is “ruff” on all of us, including Chris Evans’s dog, Dodger. The actor, who portrays Captain America in Marvel’s Avengers movies, Tweeted an Easter quarantine update from his pup’s perspective.

In the hilarious Tweet, “Dodger” says, “I’ve been watching you sleep for the last hour trying to organize my thoughts. I’m not sure how to say this so I’m just gonna come right out with it.”

Evans’s cute canine companion then continues to rant about how they duo never do his favorite activities anymore (thanks, quarantine).

“I’ve been watching you sleep for the last hour trying to organize my thoughts. I’m not sure how to say this so I’m just gonna come right out with it. Why the f*ck do we never go to the dog park anymore??? Also wake the hell up, I’m starving” pic.twitter.com/Ix8Yw61Vit

This isn’t the first time the Captain America actor has taken to social media during the current pandemic. In addition to updating fans about his work status and wishing Avengers costar, Robert Downey Jr. (Iron Man/Tony Stark), a happy birthday on April 4, Evans has been using his platform to bring awareness to important pandemic causes.

He joined other celebrities, including Disney starlet, Hilary Duff, in reading a children’s story for Share With Stories. This organization is using social media, including Twitter and Instagram, to make Americans aware of the plight that school closures have caused for children who are reliant on schools for food.

Evans also retweeted Mark Ruffalo’s (The Hulk/Dr. Bruce Banner) post from @Masks4America to encourage his followers to donate to this worthy cause.

As far as his acting career, Evans doesn’t have any immediate plans to return to the Marvel Cinematic Universe. After production wrapped on Captain Marvel and Avengers: Endgame, he stepped away from his role as Captain America. The actor currently has several projects in pre-production.

Marvel fans, though, have a host of movies to look forward in the next couple of years. These include Black Widow, which will be out later this year, and the highly anticipated Captain Marvel 2.

What are your thoughts about the Twitter posts Chris Evans has shared during this pandemic? Share with us in the comments!