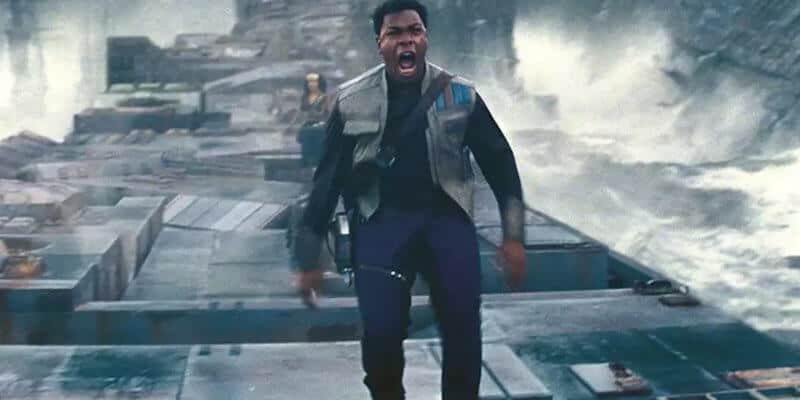 Star Wars sequel trilogy actor John Boyega has been vocal about the fact that he didn’t particularly enjoy his experience with the iconic sci-fi franchise, created by George Lucas in the 1970s.

Boyega, who played ex-stormtrooper Finn in the sequels — Star Wars: Episode VII – The Force Awakens (2015), Star Wars: Episode VIII – The Last Jedi (2017), and Star Wars: Episode IX – The Rise of Skywalker (2019) — was heavily involved in last year’s Black Lives Matter protests in London, even giving an impassioned speech, and has expressed to British GQ that he was the “only cast member whose experience of Star Wars was based on their race.”

He also had at least one known “honest” conversation with Lucasfilm President Kathleen Kennedy regarding perceived racist attitudes within the Star Wars franchise.

Now, Boyega — who did at one point stand up for Star Wars sequel director JJ Abrams — has once again spoken out against the Lucasfilm franchise in a recent interview with CinemaBlend while making the press rounds for his upcoming Steve McQueen film anthology, Small Axe, in which he plays character Leroy Logan.

Related: Could John Boyega Be the Next James Bond

Being in a big franchise, it’s kind of like luxury jail sometimes for an actor when you want to do something else. Because remember, in a franchise you’re working on one character for many years, which can starve your other muscles. And in wanting to be in something where I knew that I’d play a different type of role, a different type of man, and then knowing Steve through, we’re all a part of the same industry so I’d heard about Steve’s directing style, I was really really curious and excited to have the opportunity…

The actor, and co-stars Daisy Ridley (Rey) and Oscar Isaac (Poe Dameron), have all expressed that they do not have plans to return to Star Wars. Isaac, however, will be playing the title role in another Walt Disney Company project — he recently signed-on for Marvel’s upcoming Disney+ Moon Knight series.

Other Star Wars sequel trilogy cast members, including Kelly Marie Tran (Resistance fighter Rose Tico) and Adam Driver (Kylo Ren/Ben Solo), have not specifically stated they would not return to Star Wars, but also haven’t confirmed anything about live-action reprisals of their roles. Tran, however, did voice Rose in The LEGO Star Wars Holiday Special on Disney+.

As far as how the Star Wars sequel trilogy will play into what’s next in the Star Wars universe, no one really knows at this time. Rumors abound that the divisive trio of movies will be erased via the World Between Worlds in Mandalorian spinoff, Ahsoka, featuring Rosario Dawson as Star Wars: The Clone Wars and Star Wars Rebels favorite, Ahsoka Tano.

This has not, however, been confirmed by any Lucasfilm showrunners and it seems highly unlikely that the entire Skywalker Saga sequel trilogy will be retconned in the Star Wars saga.

With Jon Favreau and Dave Filoni’s hit The Mandalorian series seemingly serving as the jumping off point for the next chapter in Star Wars, though, anything could happen moving forward.

What do you think about Star Wars actor Boyega’s latest comments? Do you hope he returns to Star Wars someday? Will you be watching Steve McQueen’s Small Axe?