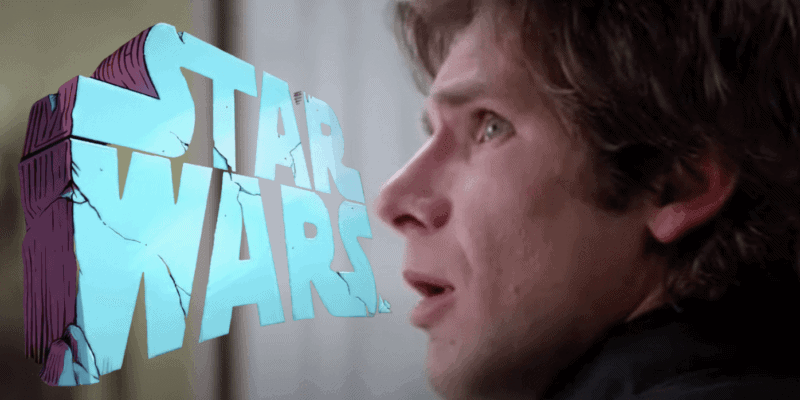 When The Walt Disney Company purchased Lucasfilm from Star Wars creator George Lucas in 2012, nobody knew exactly what was coming next.

Lucasfilm and Disney, of course, had a longstanding relationship — the Star Tours – The Adventure Continues ride opened at Disneyland Resort in 1987 and Walt Disney World Resort in 2011, after all — so Lucas himself felt comfortable leaving his legacy in the hands of the House of Mouse.

Disney’s first Star Wars feature film was a standalone tale — Rogue One: A Star Wars Story (2016) featured characters like Jyn Erso (Felicity Jones) and Captain Cassian Andor (Diego Luna), who the Star Wars fan base largely enjoyed. In fact, Luna’s character will soon be getting a prequel series, simply titled Andor, on Disney+ in the near future.

Rogue One gave fans some insight into what happened in the galaxy immediately before Star Wars: Episode IV – A New Hope (1997) and about two decades after the events of the final prequel trilogy film, Star Wars: Episode III – Revenge of the Sith (2005).

Even Star Wars icon Mark Hamill (Luke Skywalker) isn’t fond of the sequel plot — especially Skywalker’s role in it. Furthermore, the core trio of cast members (Daisy Ridley (Rey), Oscar Isaac (Poe Dameron), and John Boyega (Finn)) have all said they have no intention of returning to the Star Wars franchise.

That brings us to the present, as Lucasfilm and Disney are potentially about to turn over a brand new leaf in the Star Wars universe. Apparently, a full-blown comedy could be coming our way.

Many fans felt the same way as The Future of the Force, who posted:

This franchise, ultimately, is a tragic space opera. When we think our heroes have won the war and saved the galaxy another trilogy is made to upend that storyline, revealing that the state of the galaxy has only gotten worse. Romantic relationships always end badly, more people die, and our heroes have to hope that everything will go back to normal, emphasis on “hope.” Waititi is going to give us something we haven’t seen before. It’s going to be a brand new story with brand new characters set in the galaxy we love so much and yeah, it’s going to be hilarious.

It’ll probably have the same goofy humor as Thor: Ragnarok but to make it a classic Star Wars movie it should take from the darker themes of Jojo Rabbit to remind viewers that this is a Star Wars film…

Now, there are even unconfirmed reports beginning to circulate that a Star Wars comedy movie is, in fact, in the works at Lucasfilm.

Waititi — whose movie is slated for a 2025 theatrical release, following Patty Jenkins’s Star Wars: Rogue Squadron (2023) — has confirmed he is already both writing his script and scouting locations.

During the Disney Investor Day event, Lucasfilm President Kathleen Kennedy debuted the revamped Star Wars logo that is apparently being used for Waititi’s movie [pictured above] — it certainly has a cartoonish, comedic aesthetic, so it isn’t a stretch to imagine that his upcoming installment in the Star Wars story will have significantly more comedy than we’re used to in the franchise.

Although no details about Waititi’s Star Wars plot have been officially announced, many fans believe it will be a pre-Republic era movie based around the Tho Yor ships that “carried the Force-sensitive ancestors of the Je’daii Order to Tython in 36,453 BBY.”

As far as what’s in the immediate future for Star Wars in a post-Skywalker Saga world, we can expect much more from Jon Favreau and Dave Filoni’s The Mandalorian. During the aforementioned Disney Investor Day event, Kennedy confirmed that The Mandalorian Season 3, plus two spinoff shows — Ahsoka (featuring Rosario Dawson reprising as fan-favorite Ahsoka Tano) and Rangers of the New Republic (rumored to feature Gina Carano reprising as Cara Dune) — are slated to release concurrently.

Presumably, the series — set for a December 2021 streaming debut — will follow Fett and Fennec Shand (Ming-Na Wen) as they navigate the crime syndicates on the desert planet.

What do you think? Would you like to see a more comedic take on Star Wars or do you prefer the quippy, occasional one-liners we’ve come to expect from the franchise?

Comments Off on Laugh It Up, Fuzzball: A ‘Star Wars’ Comedy Might Be in the Works