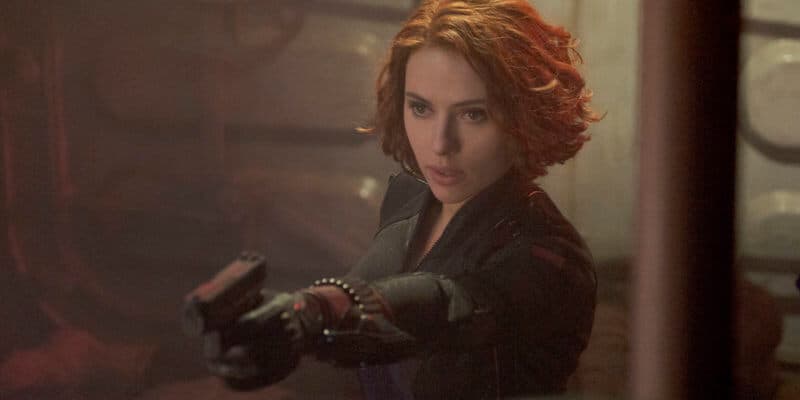 Marvel and Disney have just announced that Black Widow will be coming to both Disney+ and Theaters simultaneously. This comes after a year of the movie being pushed back multiple times amid the ongoing pandemic.

While the release date is pushed back again, this is still great news!

Disney has confirmed that Black Widow will have a Disney+ and simultaneous theatrical release on July 9! This is another push back on the release date, but one many fans have been waiting for.

Black Widow will be under Disney+ as a Premier Access title, so there will be a $30 additional fee for subscribers who wish to watch the movie from home. Of course, check your local cinema for their ticket prices if you want to see Black Widow theatrically.

Kareem Daniel, Chairman, Disney Media & Entertainment Distribution had this to say about Black Widow moving to Disney+, “Today’s announcement reflects our focus on providing consumer choice and serving the evolving preferences of audiences.  By leveraging a flexible distribution strategy in a dynamic marketplace that is beginning to recover from the global pandemic, we will continue to employ the best options to deliver The Walt Disney Company’s unparalleled storytelling to fans and families around the world.”

Disney cited the overwhelming success of Raya and the Last Dragon as a simultaneous Disney+ and theatrically-released movie as a reason for the move for Black Widow and Cruella to the same release strategy.

Disney+ is releasing more and more blockbuster movies to its streaming service as movie theaters continue to struggle amid the pandemic in 2021. Disney’s most recent release is Pixar’s Soul, which landed on Disney+ Christmas day 2020 for no additional cost.  Today Disney announced that the Pixar film Luca will also be free and exclusive to Disney+.

However, Disney has released Mulan, and Raya, and The Last Dragon under their Premier Access titles, which are titles for an additional charge. So far that charge has been $30 for each film. A price some fans are happy to pay to see a new film from the comfort of their own home.

We are not surprised the Marvel has also decided to go the digital and theatrical route given the state of the world right now. Fans are excited to see this film as anticipation for it has continued to build over the past year. Now that Marvel is releasing their series on Disney+ that tie into storylines within the MCU it is important for continuity that the films also start being released in conjunction with Phase 4 of Marvel’s storytelling.

Black Widow ties into the Marvel Cinematic Universe and explores the life of Natasha Romanoff. As we know the character of Black Widow or Natasha Romanoff was killed during the last Avengers film, Avengers: Endgame in order to obtain an infinity stone.

Here is what Marvel says we can expect from Black Widow:

Related: Does ‘WandaVision’ Have a Villain? Olsen Hints There May Not Be One

Are you excited to watch Black Widow when it premiers on Disney+? Let us know in the comments!

Comments Off on ‘Black Widow’ Coming to Disney+ AND Theaters