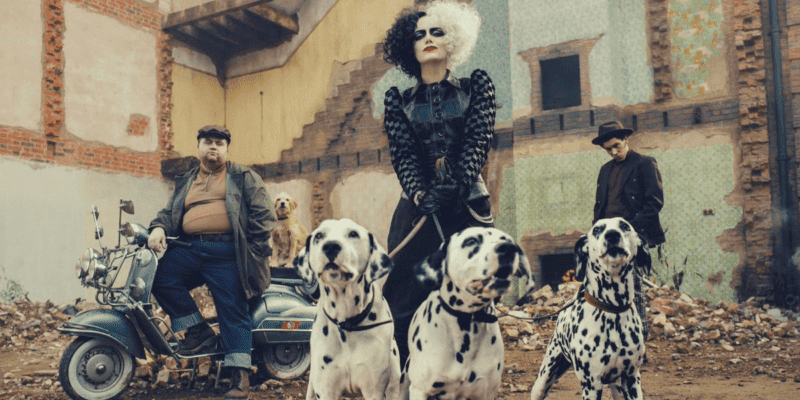 Due to the ongoing pandemic, Disney has been making changes to its theatrical releases and bringing movies onto their streaming service, Disney+, as an alternative for those who may not feel comfortable visiting movie theaters quite yet. These films that release in theaters and on Disney+ simultaneously are part of Disney+ Premier Access, which charges Disney+ subscribers an additional fee to get early access to the movie.

The most recent film to arrive on both Disney+ and in movie theaters will be the upcoming live-action film, Cruella.

Disney announced that Cruella will now debut on Disney+ via Premier Access on the same day it arrives in theaters — May 28. Cruella will be just another film to arrive on both Disney+ and movie theaters at the same time.

“Today’s announcement reflects our focus on providing consumer choice and serving the evolving preferences of audiences,” Kareem Daniel, Chairman, Disney Media & Entertainment Distribution said, “By leveraging a flexible distribution strategy in a dynamic marketplace that is beginning to recover from the global pandemic, we will continue to employ the best options to deliver The Walt Disney Company’s unparalleled storytelling to fans and families around the world.”

The Premier Access on Disney+ first began with the live-action Mulan film, which could not debut in theaters due to the pandemic. Next was Pixar’s Soul, which hit Disney+ on Christmas Day, however, this movie was not part of Premier Access and was available to all Disney+ subscribers right away at no additional charge.

Disney brought its most recent animated movie, Raya and the Last Dragon, to both Disney+ Premier Access and movie theaters in early March.

If you aren’t familiar, Cruella will tell the backstory of the infamous 101 Dalmatians villain, Cruella de Vil. The official description reads:

Before she becomes Cruella de Vil?

Teenaged Estella has a dream. She wishes to become a fashion designer, having been gifted with talent, innovation, and ambition all in equal measures. But life seems intent on making sure her dreams never come true. Having wound up penniless and orphaned in London at twelve, four years later Estella runs wild through the city streets with her best friends and partners-in-(petty)-crime, Horace and Jasper, two amateur thieves. When a chance encounter vaults Estella into the world of the young rich and famous, however, she begins to question the existence she’s built for herself in London and wonders whether she might, indeed, be destined for more after all. When an up-and-coming rockstar commissions Estella to design him a signature piece, she begins to feel as though she has truly arrived. But what is the cost of keeping up with the fast crowd– and is it a price Estella is willing to pay?

Are you excited to see Cruella hit both Disney+ Premier Access and theaters? Let us know in the comments below.

Comments Off on ‘Cruella’ Coming to Theaters and Disney+ Simultaneously