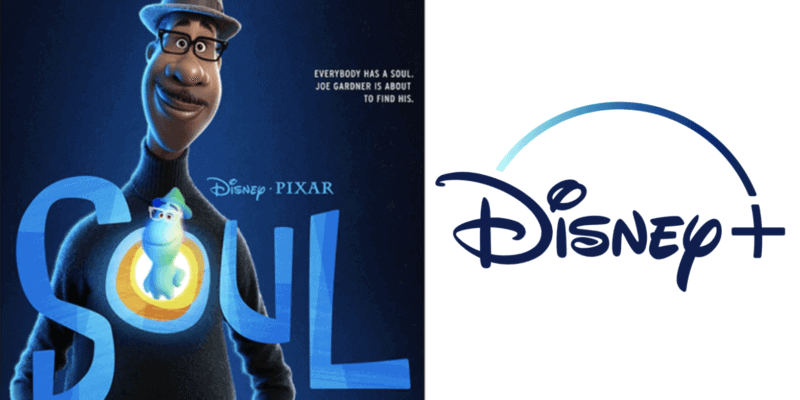 Just announced, Disney and Pixar’s newest animated feature Soul will debut on Disney+ this Christmas. It was previously scheduled to hit theaters on November 20.

The Walt Disney Company announced today that “Soul,” the all-new original feature from Pixar Animation Studios, will debut exclusively on Disney+ on December 25, 2020. In international markets where Disney+ isn’t currently or soon to be available, “Soul” will be released theatrically, with dates to be announced.

“We are thrilled to share Pixar’s spectacular and moving ‘Soul’ with audiences direct to Disney+ in December,” said Bob Chapek, Chief Executive Officer, The Walt Disney Company. “A new original Pixar film is always a special occasion, and this truly heartwarming and humorous story about human connection and finding one’s place in the world will be a treat for families to enjoy together this holiday season.”

Disney and Pixar’s Soul will be streaming exclusively on Disney+ on December 25th. ✨ #PixarSoul #DisneyPlus pic.twitter.com/n98lZSfAQa

This is Disney’s latest decision to skip the theatrical release and has been a topic of some contention that we at Inside the Magic have covered, as speculation soared over whether or not Disney and Pixar were going to stick with a cinematic release. Now we have an answer.

The press release does not indicate whether or not Soul will be an additional charge on Disney+, like Mulan. But we will update Inside the Magic, should more information be released.

Related: How Disney Could Double the Content on Disney+

Are you excited for Soul to come to Disney+ this Christmas? Let us know in the comments!