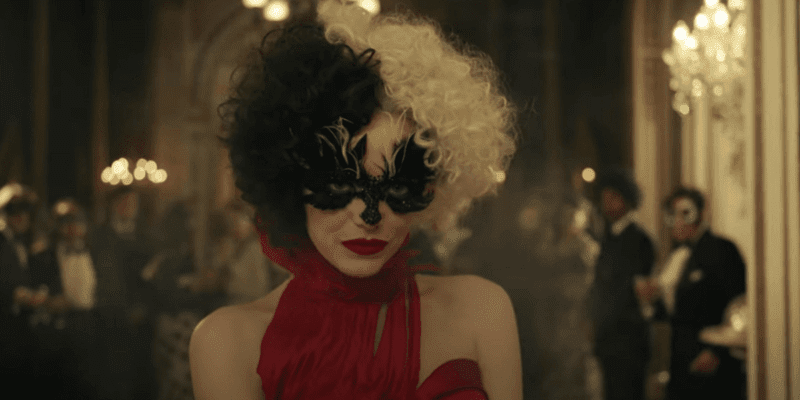 Disney movies are revered over the world as family-friendly content that appeal to audiences of all ages with their catchy songs, lovable characters, and unforgettable sayings (Hakuna Matata, folks). The Walt Disney Company leaves the gritty and heavy stuff to their other properties, like 20th Century Studios, or even competitor production companies.

But, with Disney’s upcoming Cruella receiving a PG-13 rating, one has to wonder if Disney is shifting their focus to more mature viewers?

Nowadays, a PG-13 rating isn’t anything to blink an eye at, especially when the MPAA —  in Cruella‘s case — gives a film this rating for “some violence and thematic elements.”

Disney’s Mulan earned a PG-13 rating for its thematic elements and violence since the entire film focused on a war — and the Pirate of the Caribbeans films all received the same rating. Marvel movies also fall into this category, but they too are generally nothing to worry about for most families. The films offered nothing like other PG-13-rated movies — like Once Upon a Deadpool (2018) — but still featured subject matter that maybe wasn’t suitable for every young viewer out there.

Now, Disney’s Cruella falls into the PG-13 category. Again, this rating is nothing to wave a stick at, but it sparks the question of whether or not Disney is stepping into a new realm after releasing the official trailer for Cruella.

Disney’s Cruella does give off the vibe that they’re not messing around with Emma Stone’s talent and opportunity to crack open a new world of storytelling with their upcoming live-action release. The film seems as though it will sport themes from Joker (2019), The Dark Knight (2008), and possibly even Alfred Hitchcok’s Psycho (1960) as Emma Stone’s Cruella De Vil spirals into madness.

Fans on YouTube quickly pointed out that Cruella De Vil is known not only for her iconic fashion sense, but her cruel treatment of dogs.

“Ok but she wanted to skin a bunch of dogs right?”

Their comment collected over 22,000 likes and hundreds of replies agreeing with their statement.
Another user, Jay Smith, sarcastically wrote:

“Disney execs- ‘People liked that Joker movie. Let’s do that'”

Now, not all Cruella fans are against the character or Disney being inspired by references to other, much darker, films.

“Please Disney do NOT pull a Maleficent & turn one of your greatest villains into a misunderstood hero. Let her be bad.”

“I hope this is a movie about how she descends into madness and not a movie made for us to sympathize her.”

Much like Joker and Birds of Prey, Cruella is expected to tell the one-sided tale of an antihero’s downward spiral, leading a revolution for their own, revenge-filled cause. A lot like Maleficent (2014), the entire movie will focus on the backstory of one of Disney’s most renowned villains. Many fans hope that the film doesn’t follow the studio’s previous live-action villain films that redeem the villain, but instead hope Cruella De Vil can be pure evil in the upcoming feature film.

Cruella is the first film in the 101 Dalmations franchise to receive a PG-13 rating, with the original 101 Dalmations (1961) receiving a G-rating and both the 1996 and 2000 live-action spinoffs earning PG-ratings.

Descriptions of “thematic elements” and “violence” are very vague, and knowing Disney, there’s nothing to worry about with this rating from the MPAA. Perhaps because the House of Mouse is focusing on a dark origin story for this villain, the movie is getting bumped up for Disney taking that extra step to tell a gritty story.

What are your thoughts about Cruella? Let us know in the comments below!