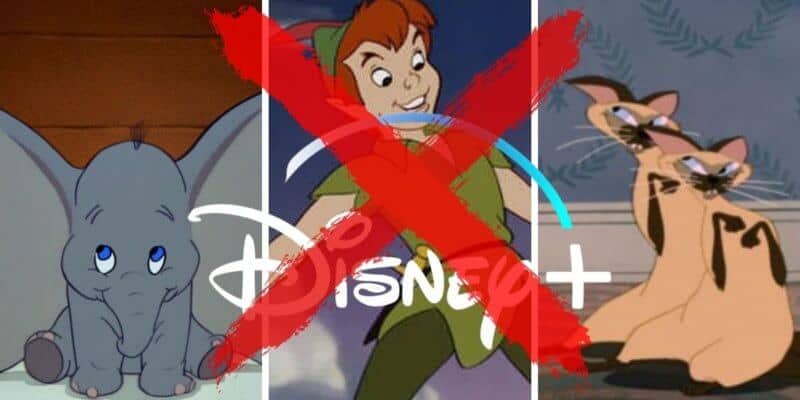 However, with all of this content, the company has also taken precautions with how their films and TV shows are presented — and who has the ability to watch them.

Back in 2019, the company placed a warning in the description of films so that viewers were made aware of any controversial or outdated scenes before watching some of Disney’s older, classic content. Some of the scenes that were in question were those from older Disney Animated Classics, such as Disney’s Dumbo and Lady and the Tramp.

After these initial warnings were put into the actual description of certain films, Disney+ decided to take it another step a few months later as they updated its warnings to reflect the acknowledgment of negative depictions and/or mistreatment of people or cultures. The new warning is shown before certain films and reads:

Then, just recently, Disney+ decided to completely remove some of these films in question from their streaming service for those viewers watching on children’s profiles. Some of the films were removed for “breaching content advisories” include Peter Pan, Dumbo, Lady and the Tramp and others. Although the films still exist on the streaming service, they are only accessible via an adult profile, not a child profile.

Now, Disney+ subscribers are speaking out on this decision, expressing their frustrations and concerns while others don’t mind Disney doing this. Inside the Magic reader MacKenzie said:

This is absolutely ridiculous. Thank god I have all these movies on dvd and vhs so that I can forever watch them and share them with my children in the future they are just movies everyone needs to stop thinking EVERYTHING is racist or offensive becuase it’s not they are just cartoon.

Kelsey S. shared that her and her children love these movies that were removed:

Heck no!!! We grew up on these movies this is crazy! My kids love watching movies with me we love them all!

Related: Improve Your Disney+ Streaming With This Helpful Tip

And our reader who goes by the username of PizzaQuack said they like the change since they like being able to control what their kids watch:

I like the change. No one deserves the right to choose what my kids watch but me. I will change my youngest daughter’s account to view all the content because she’s old enough. It’s not a big deal. Any platform that gives parents more warnings and power over digital content so they have the tools and power to do their job the way they want to is fantastic!

However, Benjamin B. shared that it’s not a huge deal since they are only removed from children’s accounts;

They are still available on Disney+. Just if selected as child’s account, it is not available. So it is just being made available to be played at parents discretion. Not a big deal. Chill out.

Remember, these films are only removed from children’s profiles on Disney+ and not from the service as a whole. If you are not yet signed up for the streaming service, you can get started here.

Are you upset to see Disney+ remove certain films from the children’s profiles? Let us know in the comments below.