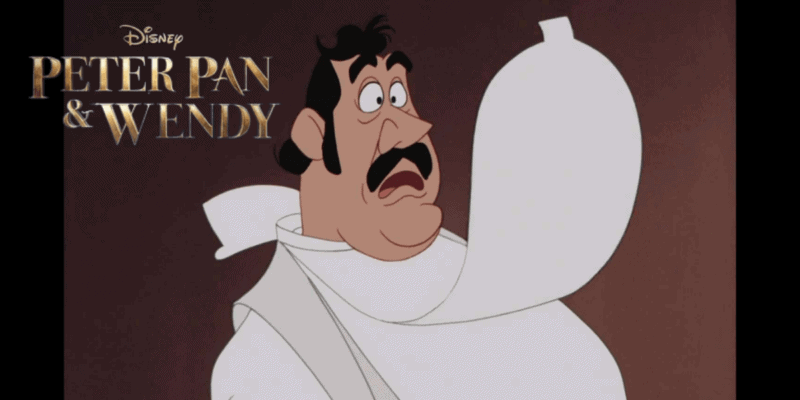 The upcoming live-action Peter Pan and Wendy has entered principal photography and cast its Mr. Darling!

Fans of Star Wars will recognize the new Mr. Darling as none other than Alan Tudyk, the voice of K-2SO in Star Wars: Rogue One, The DisInsider reports.

However, the casting does mean that a Disney tradition has been broken!

Alan Tudyk will officially be the Disney+ exclusive Peter Pan and Wendy version of Mr. Darling. He’s a solid choice and a versatile actor, but Disney has now broken an unofficial tradition based on the original author J.M. Barrie’s intent! Previously, in productions of Peter Pan even before Disney’s adaptation, the actors who played Mr. Darling have also portrayed the evil Captain Hook. We know that this won’t be the case as Hook is already confirmed to be played by Jude Law.

However, this won’t stop Tudyk from playing the Darling father. For those who can’t remember, George Darling is Wendy’s father who begins as a bit of a meanie. He believes that Wendy is too old for children’s stories and staying in the nursery with her brothers, John and Michael Darling. However, he eventually softens and even remembers seeing the pirate ship from his own child, implying he also had some adventures with the Lost Boys.

Peter Pan and Wendy is officially in production

Arguably more exciting than Tudyk’s casting, however, is that the film is officially in production! Fans of live-action remakes such as The Lion King and Beauty and the Beast have been clamoring for a remake of Peter Pan for some time.

Fortunately, things start to be on the move, as filming has reportedly started in Vancouver. We know that this film will be a Disney+ exclusive due to the ongoing impact of the pandemic, so we’ll be able to see it soon from the comfort of our own homes!

All you need is a subscription to Disney+ and you’ll be able to watch Peter Pan and Wendy. However, please note that it’s unknown whether the film will be included within the subscription or whether, like Mulan, it will cost extra.

Disney’s Peter Pan and Wendy is just the tip of the iceberg for the new Mr. Darling. Tudyk is a Disney veteran through-and-through and is mainly known for his extensive catalogue of voice roles. He’s the voice behind Tuk Tuk in Raya and the Last Dragon, King Candy in Wreck it Ralph, and several different characters in Frozen 2.

Outside of Disney, he’s also voiced DC characters such as Superman in Justice League: War. He’s also worked extensively in both television and on Broadway in New York City.

Basically, this is one actor whose qualified to take us on a magical Neverland adventure!

The new remake of Peter Pan is shaping up to be quite the star-studded cast. Of course we’ve got Marvel Studios alumni and all-around legend Jude Law as Captain Hook. Law is known for several high-profile roles including playing Albus Dumbledore in the Fantastic Beasts series. However, he’s also joined by Jim Gaffigan as Smee, Yara Shahidi as Tinker Bell, and newcomer Alexander Molony as Peter Pan. Additionally, Ever Anderson will portray Wendy Darling and Alyssa Wapanatâhk as Tiger Lily. Tudyk as Mr. Darling is just the icing on the cake.

It’s cool to see Disney combining a mix of famous actors and newcomers for their newest live-action remake. The production is set to breathe new life into a Disney animated classic when it finally arrives on Disney+. However, we can’t wait to see how the team bring each Lost Boy, the flight to Neverland, and all the other magical elements to life. Basically, we can’t wait to see Peter Pan’s Flight played out in real life!

Stick with Inside the Magic for all the updates about Disney’s newest remake: Peter Pan and Wendy. This is one live action remake that is sure to be magical!

Related: Tinker Bell is getting married and her love story is a true Disney classic