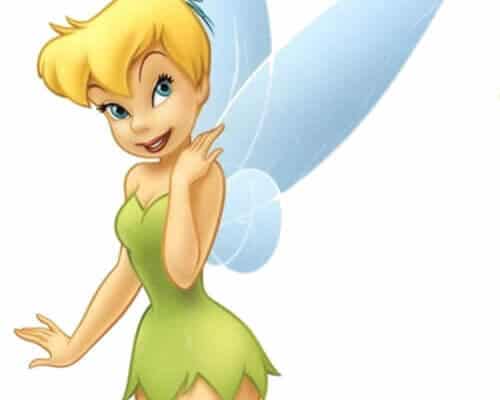 No, we’re not kidding.

Do we have a story for you!

In 1933, a young actress named Margaret Kerry took to the stage. She was only 4 years old, and her acting career was just beginning. She never could have known how far that career would take her or how very long it would last. But not everyone has heard of her.

That’s because her most notable role was one she played that was never seen on the big screen–or the small screen for that matter. Kerry was the reference model for Disney’s 1953 classic, Peter Pan. Standing only five feet, two inches tall, the beautiful actress was just the right size. She was tasked with performing sequences of movements alongside oversized props while special effects crews filmed her every move. That footage was then edited and sent to Disney’s animators who were hard at work creating animated scenes for the story of Peter Pan, Wendy, and the Lost Boys.

Think of it as the 1950s version of today’s motion-capture suit technology.

Peter Pan wasn’t Kerry’s only claim to fame. She acted in 37 major motion pictures alongside such actors as Mickey Rooney and Eddie Cantor, and she worked on The Little Rascals series for a short time. Kerry attends comic cons all across the country, and though they never saw her face in the Peter Pan film, she has a fan base–many of whom are anxious to meet and greet Tink. Kerry says that there are even times when fans at the conventions confide in her, as if she were actually Tinker Bell herself.

But today, all of that is surely secondary to her big news: she’s getting married this spring, and the love story is something out of a Disney fairy tale.

Seventy years ago, a young man named Robert Boeke was a USC student who noticed Kerry for the first time. The pair dated for a while, and it was serious enough that Boeke gave Kerry a piece of jewelry as a gift. But when he accepted a job in North Carolina, Kerry just couldn’t leave her role as an actress on an ABC sitcom called The Ruggles. And just as quickly as their romance began, it was over. Kerry would go on to marry twice, both marriages ending with the death of her husband.

In 2019, just after her 90th birthday, Kerry heard from an old friend. Boeke was visiting in Europe and happened upon a shop in Amsterdam called Tinker Bell’s Toys. He turned to the group of people he was with and exclaimed, “I’ve been in love with Tinker Bell all my life, and I’ve never forgotten her!” His friends helped him find Kerry’s website, and the brave, lovestruck Boeke sent her an email, which led to a phone call, after which Kerry says she went to her tiny jewelry box and pulled out the anklet Boeke had given her a lifetime ago. It would be a while before their schedules would line up.

Boeke lives in South Carolina. Because of her two appearances on The Andy Griffith Show, Kerry is always invited to be a part of North Carolina’s “Mayberry Days” held each year in Mount Airy. Boeke drove 8 hours to see her and they reconnected at a dinner event that evening, and brave, lovestruck Boeke asked Kerry to be his bride.

“It’s like a Disney story,” Kerry explained. She says it was “love at second sight.”

The couple plans to marry this spring and make their home together in Sarasota, Florida.

Have you ever had a “love at second sight” scenario? Tell us all about it in the comments section below.