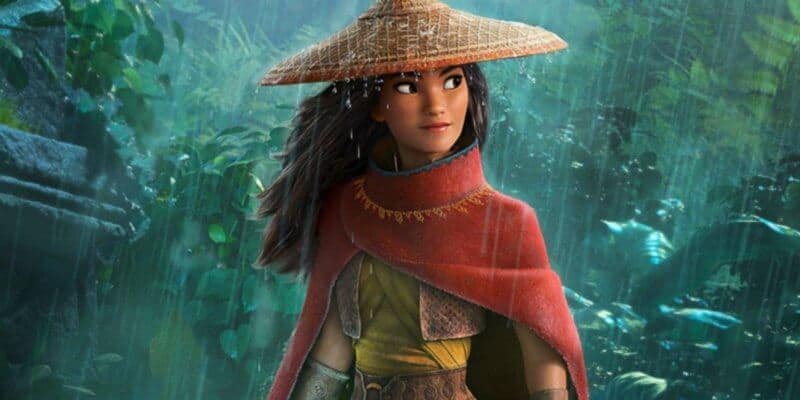 It was long ago, we reported that actor Kelly Marie Tran suggested that she intentionally included flirtatious undertones in her performance in Raya and the Last Dragon, in scenes involving Gemma Chan’s Princess Namaari, seemingly confirming that Raya is gay, or at least a member of the LGBTQ+ community.

“I think if you’re a person watching this movie and you see representation in a way that feels really real and authentic to you, then it is real and authentic,” Tran said in her Vanity Fair interview. “I think it might get me in trouble for saying that, but whatever.”

Now, some fans of Raya and the Last Dragon  and Tran have expressed support for the actress and the potential inclusion of an LGBTQ+ Disney princess.

What are fans saying about Tran’s comments?

On our website and social media platforms, many fans responded with passionate gestures of approval and happiness upon reading Tran’s comments regarding Raya’s sexuality as on-screen representation is incredibly important to many people.

Raya and the Last Dragon has already made history by giving a prominent voice to the Southeast Asian community. However, the idea that it also could’ve introduced the first gay Disney Princess was also popular among those who are looking for more representation.

Here are some responses from Inside the Magic fans:

“Love the article and the representation!! Just want to add that Merida predates Moana and Elsa (the non protagonist, non princess) as a female princess who has no love interest. The word princess is pretty Euro-centric, and Merida and Moana both count as ‘Disney princesses’.”

“Let’s not forget about this princess (Dad is a former prince of the Northern Tribe).” [Includes a picture of Korra, an LGBTQ+ character from Avatar: The Legend of Korra].

“Nothing wrong with being gay and a strong woman or vice versa.”

“It doesn’t matter if the character is gay or not. If she’s gay that’s great. If she’s not gay, great also. Those who are offended or think this goes against what Walt would have done… you need to stop worrying about what other people are up to. Just live and let others live.”

“Those of you saying ‘who cares?’ Clearly don’t get the gay experience. I’m glad the actress said it”

However, not all were on board with Tran’s belief that Raya is gay

Tran’s belief that Raya is a gay Disney Princess didn’t sit well with all fans, however. Many saw Tran’s announcement as unofficial and pandering. Other people have disagreed with the fact that Raya could be gay and feel that Tran’s comments aren’t necessary and there are some who tend to disagree with Disney including members of the LGBTQ+ community in their films and programming.

Historically, some members of the LGBTQ+ have felt that Disney does the “bare minimum” when it comes to authentic representations of non-heteronormative narratives. They argue that the Mouse has failed to ever create an overtly LGBTQ+ character.

Many also speculate that Disney did not blatantly make Raya gay because some territories where Disney shows films have conservative views on sexuality.

Here are a few responses from Inside the Magic readers on the other side:

“This is meaningless to me. It’s one thing to SAY something and another to actually SHOW something. Unless Disney…actually gives these characters a love interest of the same gender then I’m not applauding them for doing the bare minimum.”

“To say her character is gay is a load of crap..it’s a story. There is nothing sexual about it….”

“Ffs, who cares!? Also it doesn’t matter what the actor says, it matters what the writer says.”

Raya and the Last Dragon is available to stream on Disney+ and selected theaters. It stars Kelly Marie Tran as Raya, Awkwafina as Sisu, and Gemma Chan as Namaari. It is notable for its almost entirely Asian cast.

Disney has never officially featured an LGBTQ+ character in a major role. Pixar recently released a short film that starred a gay main character, but the feature films have still not taken this step. However, it’s been widely reported that the live-action remake version of Lefou in Beauty and the Beast is thought to be a gay character. Indeed, this was never explicitly stated in the film — the closest we get is a very brief moment where he dances with another man.

Additionally, both Frozen‘s Elsa, Brave‘s Merida, and Moana are notable for having no love interest. Before Merida, every Disney Princess took part in some kind of romantic relationship with a male, which usually ended with marriage. Some fans interpreted both Moana and Elsa’s lack of a male partner as a sign that they may be LGBTQ+, but this hasn’t been confirmed by Disney.

Furthermore, Disney’s Marvel Studios has made commitments to the LGBTQ+ community. The Eternals is set to include the first gay couple with a family in the MCU and a future project will reportedly feature a transgender character.

The Mouse certainly has a long way to go before it commits to showing a same-sex couple in one of its major movies. Hopefully, that day is coming soon.

Until then, we’ll have to take Kelly’s word that Raya is gay!

What is Raya and the Last Dragon?

Raya and the Last Dragon is the 59th animated classic to be produced by Walt Disney Studios. The film follows Raya (Kelly Marie Tran) as she quests through a realm known as Kumandra in search of the titular last dragon. Among the way she meets a handful of memorable characters such as Sisu, a dragon who can shapeshift (Awkwafina) and the aforementioned Princess Namaari (Gemma Chan).

The movie has been praised for its stunning visuals, impressive narrative, and score composed by James Newton Howard. It is the first film since 2016’s Moana to introduce a new Disney Princess. However, like Anna and Elsa, it’s unclear whether Raya will be included within the official lineup. Hopefully, she will be included, as Moana, Rapunzel, and Merida have proven that Disney will add 3D princesses.

Additionally, the film also reflects a recent move to make the princesses more action-focused. Raya drives the story forward and plays an active throughout, demonstrating Disney’s desire to empower women from a young age. If you haven’t been able to check out Raya and the Last Dragon yet, we highly recommend it!

Raya and the Last Dragon is available to stream on Disney+ for a premium rate. Its supporting cast includes Benedict Wong, Daniel Dae Kim, and Izaac Wang. The film was written by Qui Nguyen and Adele Lim and directed by Don Hall and Carlos López Estrada. Additionally, it was co-directed by Paul Briggs and John Ripa.

What do you think about Tran’s comments? Let us know in the comments below.