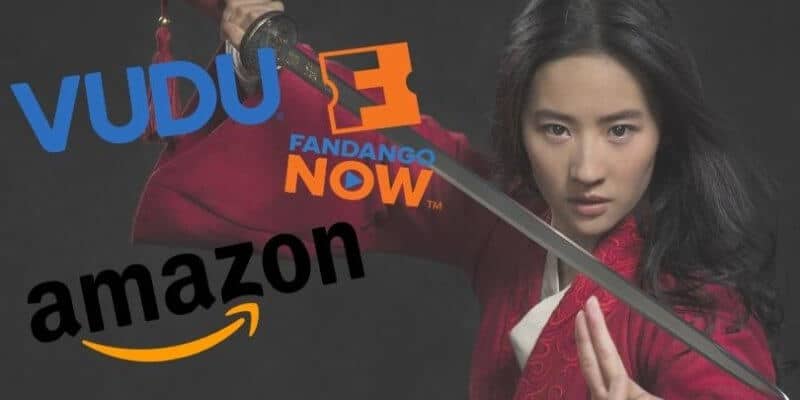 If you don’t have a Disney+ subscription, you will have the option of watching the newest Disney live-action on other platforms next week!

The Mulan live-action movie is heading to Amazon, FandangoNow and Vudu on October 6th. The film is on preorder on the other platforms for $29.99.

But if you have a Disney Plus subscription and has not yet paid to watch the live action Mulan movie, it will be released for free on the Disney streaming platform starting December 4th.

Disney’s live-action version of the classic animated film Mulan was released for Premier Access on Disney+ on September 4th for almost $30.00. The decision to add the live-action Mulan directly to Disney Plus was due to the ongoing pandemic.

Wait, but what is the difference between paying $29.99 for the movie on Disney+ or in any other platform? The main difference happens for people that do not have a Disney+ subscription.

Related: ‘Mulan’ Costumes and Props on Display at Disney World

Before, if you really wanted to watch the movie, you would have to be subscribed to Disney+, which is $6.99 a month, plus purchase the movie on the platform. Now, you don’t need to subscribe to another streaming service to watch the Mulan live-action film.

The movie will now be available for purchase on other online movie platforms for preorder in SD, HD or 4K UHD.

Will you be watching Disney’s Mulan in live-action in other platforms, or have you watched it on Disney+ already? Do you think it is worth paying the price to watch the movie? Let us know in the comments below.