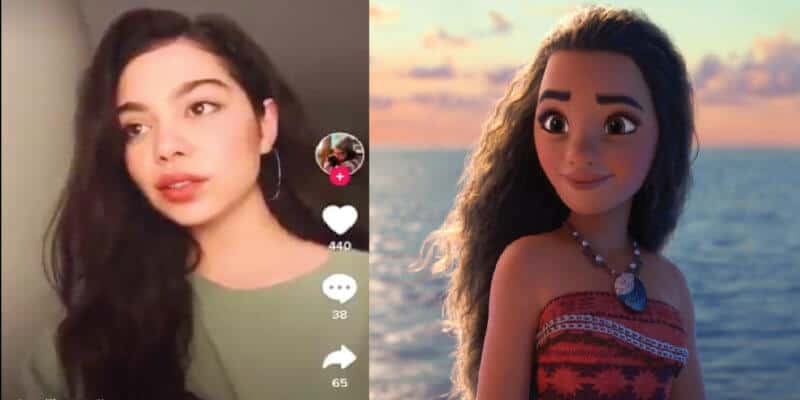 The 19-year old voice of Moana posted a lip-syncing video on TikTok yesterday. In the song she mouthed the lyrics to, “Those Kinda Nights” by Eminem, she focused on the lyrics, “‘How you doin’? You straight?’ She said, ‘No, I’m bi.'”.

The clip started a lot of discussion on social media about whether this was Auli’i officially coming out as bisexual. Many began to state that people often sing lyrics that don’t actually apply to them and that it couldn’t officially confirm that Auli’i was coming out. However, for full transparency, Twitter user @howardsholt tweeted to Auli’i, asking, “do u like girls”.

Auli’i, who must have seen all of the discussions that her post had drawn, replied to that tweet, confirming that she did in fact, come out.

if i may escort you to my tiktok… @auliicravalho https://t.co/xRJuYk3e2t

Many are praising Cravalho‘s decision to come out. Twitter erupted in celebrating the fact that having such a prominent star that many children love and look up to as their favorite Disney character from the animated film Moana, sets a great role model for LGBTQ youth. In fact, the directors of Disney’s Moana have stated in the past that Disney would be open to the idea of a movie with an LGBTQ Disney princess.

Are you a fan of Auli’i Cravalho? Did you enjoy Cravalho‘s performance in Moana? Let us know in the comments below!