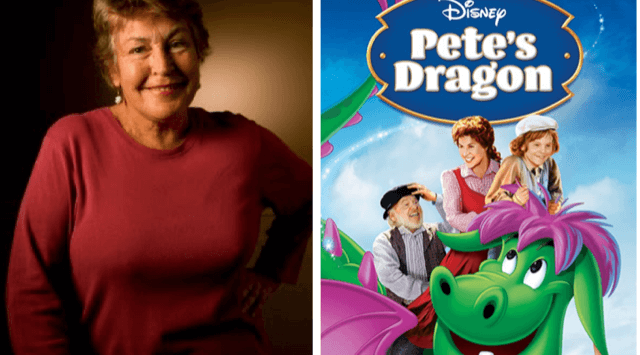 We have just learned of the unfortunate passing of Pete’s Dragon star, Helen Reddy.

Helen Reddy was an Australian vocalist and actress. She had the opportunity to play Nora in the classic 1977 Disney film, Pete’s Dragon. Reddy was also the vocalist for “Candle on the Water”, which was featured in the film. Reddy’s rendition of the song was even nominated for an Academy Award. She was also known for the popular song, “I Am Woman”.

Related: What To Watch On Disney+: The Ultimate 70s Movies Watchlist

Reddy developed dementia and was being cared for in a nursing facility in Los Angeles. Her children Traci Donat and Jordan Sommers released a statement confirming her passing:

“It is with deep sadness that we announce the passing of our beloved mother, Helen Reddy. She was a wonderful Mother, Grandmother and a truly formidable woman. Our hearts are broken. But we take comfort in the knowledge that her voice will live on forever.”

Helen Reddy was very successful during her lifetime. She won a Grammy award and also has a star on the Hollywood Walk of Fame in Los Angeles. She grew up in a show business family and eventually went on to sign with Capitol Records. Reddy even went on to have her own variety show, The Helen Reddy Show. Among all of her accomplishments, Disney fans will always remember her as Nora from Pete’s Dragon and remember her beautiful voice singing:

I’ll be your candle on the water
‘Till every wave is warm and bright
My soul is there beside you
Let this candle guide you
Soon you’ll see a golden stream of light.

What is your favorite memory of Pete’s Dragon? Let us know in the comments!