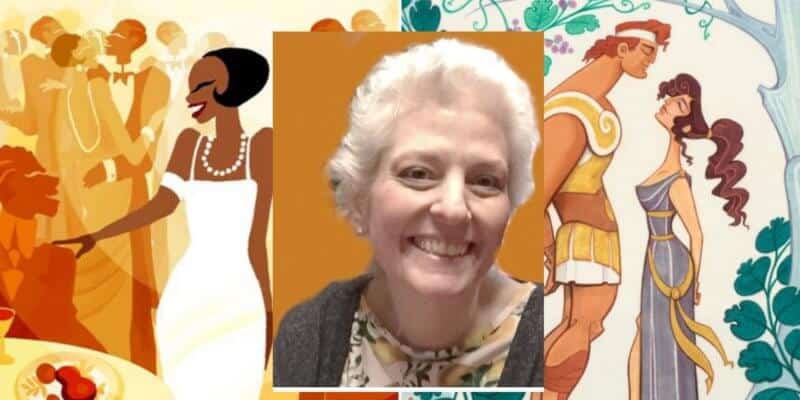 It seems like the Disney company is going through a week of mourning after hearing about so many deaths in the community From Black Panther actor Chadwick Boseman to Walt Disney World President, Judson Green, the tragic loss of magic within the company has seemed almost unbearable.

Unfortunately to add to that Disney Animation Artist Sue Nichols Maciorowski just passed away at the young age of 55. Maciorowski was a visionary when it came to animation and likely had a hand in your favorite Disney film. From the incredible Disney renaissance age of animation to contemporary films, Sue animated it all.

Where can you find Sue’s work

Like we mentioned above, Sue has really worked on almost every classic film. A short list includes:

And the list truly keeps on growing. Sue is an Emmy-award winner for her work on the Jim Henson show, and her legacy will truly live on through the countless animated hits she is leaving behind.

What did Disney have to say about her passing?

“She will be sadly missed by those of us who had the good fortune to work with her, but her influence on those films will be there forever.”

On Wednesday evening, the Disney Animation Twitter account posted a chain of tweets praising Sue and all the work she did for the company, reminders readers about all of the films she had a hand in.

We’re deeply saddened by the passing of Sue Nichols Maciorowski, an influential visual development and story artist who helped define the design and narratives of the films of the Disney Renaissance and beyond. pic.twitter.com/eiHb2GwOn4

And the chain continues…

A tribute to Sue

Online, her tribute goes into detail on her passing on her battle with cancer, which we have really had enough of this week. Take a read below to see the lovely things Sue’s family had to say about her, as well as learn a little more about the woman who brought a smile to our faces, a tear to our eyes, and a laugh to the world so many times:

“With heavy hearts, we share with you the passing of Susan Carol (Nichols) Maciorowski of East Longmeadow, MA on September 1st, 2020. She passed, leaving us with the feelings of hope and positivity that she practiced during her battle with cancer.
Sue may be gone but her legacy remains with us in the credits of many Disney films and publications she contributed to as an accomplished artist. Since she was eight years old, she knew she wanted to be a Disney artist and drew on sidewalks and walls and entered many contests. Her work can be seen in East Longmeadow town books and anniversary memorials. Her latest design was the seal commemorating the 125th anniversary of East Longmeadow.
She graduated from East Longmeadow High School in 1983 leaving us with her artwork in the school yearbooks. The cover of her yearbook was her acrylic of the school’s mascot, The Spartan. She was a shy, behind the scenes type of person, who changed enormously when she was on stage performing in many plays put on by the school drama club.
Sue graduated from California Institute of Arts with a visual animation degree in 1987. There she was part of a team that won an Emmy for work on The Muppet Babies. After graduation, Sue worked for Jim Henson on The Muppet Babies, Marvel production, and taught classes at CalArts. She then started her long career with Disney Studios working on animation films where she was best known for her expertise in character development. A few of her favorite works that she contributed to were Hercules, Beauty and the Beast, and the Princess and the Frog. More information on her career may be found on her website, Mothernichols.com.
When returning to East Longmeadow and St. Michael’s parish, she never hesitated to lend her talents to helping others. Sue was an active member of the St. Michael’s Players by designing stage sets for production put on annually at the church hall. Her creativity could be seen every summer in decorating the church hall for St. Michael’s Bible Camp. She enjoyed encouraging the children to help her with the decorations so that they would be inspired to become artists and feel the joy of creativity.
Sue will always be remembered in the hearts of those she left behind. Her devoted husband, Chester (JR) Maciorowski, who is the best thing that ever happened to her, a selfless caretaker to Sue as she went through her many years with cancer. Her children, Stephanie and Jonathan Maciorowski who gave her so many reasons to be proud. Her parents, Brian and Julie Nichols who celebrate her life with memories of her full and active youth that she shared with her siblings Mary Cole and husband James of Hamden, CT, Patricia Bleakney of Enfield, CT, John Nichols and Linda Nichols of East Longmeadow. Her eight nieces and nephews, Suzanna and Brenna Nichols; Daniel Cole; Brian and Bethany Bleakney; and Matthew, Nicholas, and Alexander Gay who will think of Aunt Sue whenever they recall their trips to Disneyland and Disney World and watch a Disney movie.
This big, loving family has called her wife, mother, daughter, aunt, niece, and friend and will hold her smile and caring ways with them always.
We would like to acknowledge her family of friends in California where she lived and worked for many years. Her special and dear friends Brenda and Kevin, Helen and Peter, Doug, and Eric and Susan.
The Maciorowski family would like to thank Susan’s oncology team and all those at the D’Amour Cancer Center who cared for her. Susan’s diary of her long journey with cancer may be found on her website, Mothernichols.com”

In lieu of flowers, donations may be made in Susan’s name to the Rays of Hope.

Which of Sue’s films are your favorites? Let us know below!

Comments Off on Another Disney Loss: Animation Artist Sue Nichols Maciorowski Passes Away