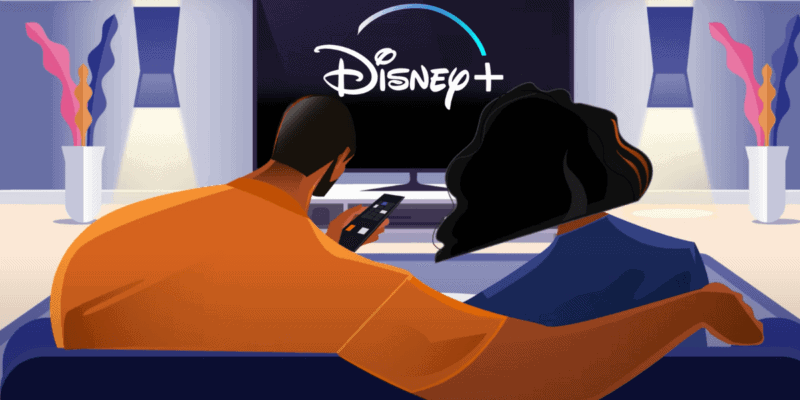 A trailer for the new set of Disney+ parental controls has launched on the official Disney+ Youtube channel. This is part of the new add-on titled Star, which was recently launched on the Disney+ streaming service in several territories.

The video explains how to keep your account safe for your children by using some handy new features.

Check out the new parental controls trailer for Disney+

The new tutorial video references Star explicitly. The new Disney+ parental controls put you, as a parent, in charge of what your kids will see. The features allow parents to put restrictions on what separate profiles can watch. This means that you can set yours to ‘full access’, allowing you to watch more adult-oriented content and that you can now set your child’s profile to have an age restriction. Similar controls are also available for other streaming services like Netflix and Amazon Prime.

This is essential for users in territories such as the U.K. and Canada, where Star has launched. Take a look at the trailer for yourself:

For those in the United States, Disney has released similar restrictions for Disney+ users, including blocking films from children’s profiles that breach content advisories. These kid accounts in the U.S. have had classics like Peter Pan, Dumbo, and Lady and the Tramp outright removed from their profiles.

Why is Star a game-changer?

As a reminder, Star is a brand new add-on that has now launched in several countries, including the United Kingdom. The extension allows Disney+ subscribers access to more adult-orientated content including tv series and movies such as Family Guy, LOST, and 24. The desire for non-Disney content has been something many users have been crying out for since the streaming service launched in 2019.

However, while this is undoubtedly an excellent addition, it also means that content restrictions need to be stricter to avoid children seeing inappropriate material. This is less of an issue for U.S. subscribers since Star is not yet available in the United States, though Disney+ parental controls are also available to American users.

Additionally, if series such as the Deadpool movies become available on the service following the announcement that the character will feature in the MCU, they will be essential.

Star has launched in Canada, New Zealand, and some western European countries. It essentially offers many of the adult programs and movies available on Hulu for American users. It will mark the first time that the streaming service will feature mature content including Moulin Rouge and Die Hard. The Star brand will be an additional extension alongside Marvel, Star Wars, Pixar, and National Geographic.

Star and the dawn of Disney parental controls

Disney has been surprisingly slow on the uptake when compared to competitors like Netflix and Amazon Prime. However, the new Disney+ parental controls are undoubtedly here to stay. Disney+ is no longer just full of Disney movies, after all.

With R-rated content like Die Hard and more mature shows like Grey’s Anatomy and Family Guy now part of Disney+, it was clear that such content needed restricting. After all, who’s to say that an unaware child could tell the difference between Stewie Griffin and another piece of animated Disney content?

The Walt Disney Company knows that its younger viewers need protection. Hopefully, these new parental controls will allow the mouse to continue its brand of exceptional storytelling while keeping the content appropriate for the right audience.

How to set up Disney+ parental controls

It’s very easy to set up the new parental controls. Simply visit the profile settings tab and select which profile you want to edit. You then have the option of assigning it as a kid’s profile. Alternatively, if you don’t want to categorize your little one under a kid’s profile, but you feel that they’re still too young for some of the content, you can always use the content rating tool.

Whatever your choice, Disney+ makes it easy to tailor the content for each Disney fan using it. Younger viewers can enjoy Disney movies and shows without fear of seeing inappropriate content while adult users can enjoy the full Disney+ Star experience.

Everyone wins with the new Disney+ parental controls!

Related: OpEd: Has Disney Taken Censorship Too Far With the Latest Disney+ Blur?

What do you think of the new Disney+ parental controls? Let us know in the comments below.