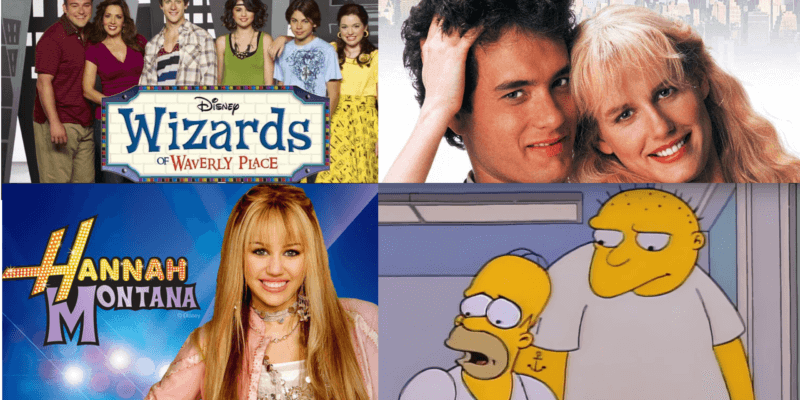 Disney+ is getting a bit of a reputation for its strange choice of censorship, and this latest one that we’ve spotted is perhaps the most bizarre and unnecessary yet.

First seen by a friend of mine (LovelyChubly over on Twitter), this is perhaps the most extreme form of censoring that we’ve seen Disney use on the service.

It involves actor Maria Canals-Barrera (who plays Theresa Russo in Wizards of Waverly Place), and it seems that Disney has chosen to add some form of strange blurring to the tiniest amount of skin showing in one of her scenes in Wizards of Waverly Place. Now I am not going to do a before and after out of respect for the actor but you can see the blurring in full effect below:

What’s odd is just how bad the blurring looks when watching the episode and how it is used in a few scenes and not in others. If you wanted to check this out for yourselves, you can find it toward the end of season 2 episode 10 of the Wizards of Waverly Place TV show. Disney’s decision on this one does appear to be very odd as it won’t be impacting the younger audience at all. Additionally, note that these scenes involving Canals-Barrera originally aired on Disney Channel without any form of censoring, so it’s unclear why Disney made the decision to start censoring the actor’s appearance now that the episodes are on Disney’s streaming service.

Related: The movies and scenes Disney refuses to put on Disney+

Disney has also censored items in other shows and movies that include:

Now I don’t know about you guys, but I think it should be up to the paying customer to decide on what they do and don’t want to be censored from a show on Disney+?

Why Disney doesn’t just introduce a system similar to Netflix that allows for a kids profile to be introduced and controlled by parents is still beyond me. Adults are huge Disney fans and it is crazy that much of the content isn’t accessible in its original format.

It would certainly stop the confusion that is happening internally at the company on figuring out what belongs on Disney+ and what belongs on Hulu (remembering that Hulu isn’t an option for many of the markets where Disney+ is). We are still unsure if shows like Lizzie McGuire are even coming back due to the “adult themes” of the show’s reboot.

Would you like to see less censorship and more adult choice on the Disney+ streaming platform, providing it was safe for kids? Let us know in the comments below!