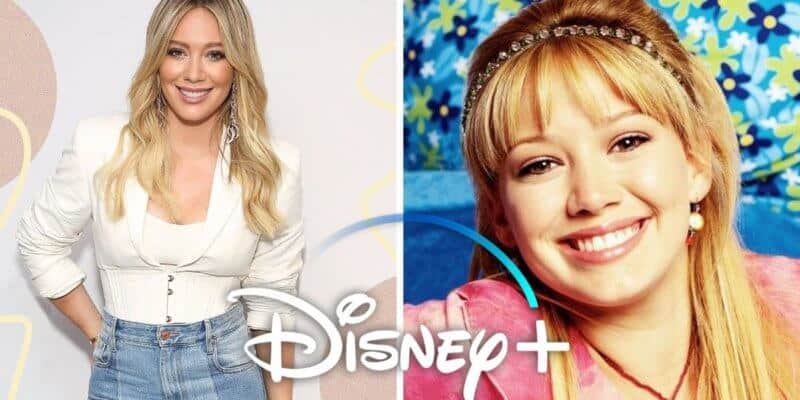 This truly is what dreams are made of, folks!

For all of you, Lizzie McGuire fans out there — We have some good news.

A Lizzie McGuire fan account, @peterstanslizzie, posted a photo to their page recently which shows a virtual meeting featuring Terri Minsky along with other writers from the reboot.

This picture shows Terri Minsky (@terriminsky) and the writers and screenwriters of the Lizzie Mcguire revival show having an online meeting ? during the lockdown period. ⁣⁣ ⁣⁣ I wonder what they were all discussing about? ? Do you think that a new deal has been worked out between Terri and @disneyplus? I sure hope so ?⁣⁣ ⁣⁣ As you know, Disney made a huge mistake for firing Terri in January as showrunner of the new Lizzie Mcguire series that was supposed to air in November 2020. And since then, the company has definitely faced a lot of backlash ❌ from the show's fans in the form of negative press and a couple of petitions demanding to bring Terri back in order to maintain the adult themes that this show deserves to have. ⁣⁣ ⁣⁣ With this photo popping up, it could be very possible that Disney has listened to the fans and recognised the fact that we were not happy with their decision. Obviously, there's nothing much they can say or do at the moment in regards to production as pretty much all of the on-going productions in Hollywood were put on hiatus due to recent events. But I hope that this online meeting is an indication that things are being planned and that we WILL eventually get our show ?❤.⁣⁣ ⁣⁣ ⁣#lizziemcguire #disney #disneyplus #disneychannel #hilaryduff #terriminsky #zoommeeting #digitalmeeting #disneynostalgia #early2000s #writersroom ⁣ ⁣⁣

In case you don’t recall, Terri was the Lizzie McGuire creator who, back in January, decided to step away from her showrunner and executive producer role in the revival due to “creative differences”.

It also wasn’t long ago that Hilary Duff herself spoke out about the possibility of the Lizzie McGuire reboot moving to Hulu along with her thoughts and reasonings behind the show. She took to Instagram back in February stating:

“Was incredibly excited to launch ‘Lizzie’ on D+ and my passion remains! However, I feel a huge responsibility to honor the fans’ relationship with LIZZIE who, like me, grew up seeing themselves in her. I’d be doing a disservice to everyone by limiting the realities of a 30 year old’s journey to live under the ceiling of a PG rating. It’s important to me that just as her experience as a preteen/teenager navigating life were authentic, her next chapters are equally as real and relatable. It would be a dream if Disney let us move the show to Hulu, if they were interested, and I could bring this beloved character to life again.”

And although Duff isn’t actually in the virtual meeting (since it looks as though it was a meeting just with the writers of the show) it’s safe to say that the revival won’t happen without Duff — So get ready, Lizzie McGuire fans, we may soon have a show to binge!

It was also announced that Adam Lamberg would reprise his role as David “Gordo” Gordon. “Gordo was an essential piece of the puzzle to what made the original Lizzie McGuire so authentic and beloved. I couldn’t imagine the series without him,” Hilary Duff said. “I can’t wait for fans to see what he’s up to 15 years later and how he fits into Lizzie’s adult world.”