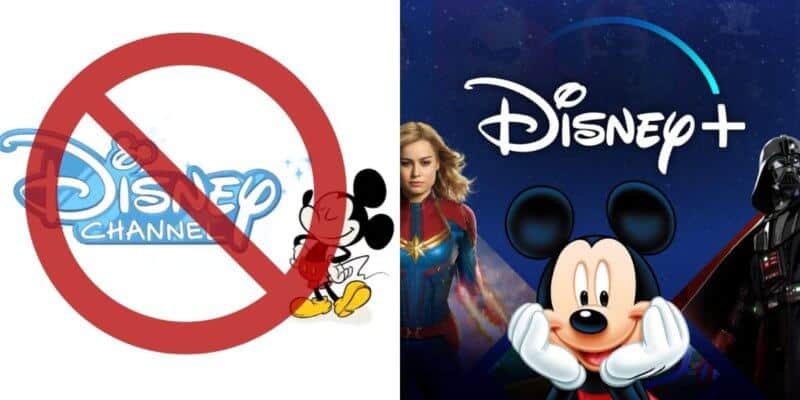 Inside the Magic recently reported that due to the success of Disney’s streaming service platform, Disney Channel has been suffering. In fact, The Walt Disney Company has made the decision to begin closing down several different Disney themed channels in a variety of different countries including New Zealand, Italy, Germany, Australia, the UK and others.

Several Disney Channels have already made the difficult decision to close down due to the success of Disney+ including:

Once the news broke, many fans everywhere spoke out about their preference on streaming shows versus watching Disney favorites on cable networks such as Disney Channel, Disney Junior and Disney XD. So, Inside the Magic decided to get our readers’ thoughts and comments and see where our audience stands!

In a recent Facebook post, we asked our fans, “Do you prefer watching shows on cable networks like Disney Channel, Disney Junior, or Disney XD — OR stream them on Disney’s streaming platform, Disney+? Would you be disappointed to see Disney Channel/Disney Junior/Disney XD get canceled in the U.S. and see everything moved to Disney’s streaming platform?”

Quite a few of our readers wanted to see Disney move all of the Disney Channel and Disney Junior shows to Disney+ so everything was all in one place.

“I like Disney+ for the imagineering story, and classic Disney Channel content, but I like DC for Liv and Maddie. If L&M went to Disney+ I would be fine with it.”

“Move it to Disney plus so my children can watch everything as junior is its in channel here and we don’t have it.”

“I think it is better for everything to be on a streaming channel. More affordable than the cable packages that come with Disney, and more easily accessible. I enjoy streaming.”

“Add it all to Disney plus!”

“Disney Plus because it’s all in one location.”

Other people, on the other hand, felt moving everything over to Disney+ wouldn’t be fair since not everyone is subscribed to the streaming service.

“As cool as it would be on Disney+, not everyone has Disney +. I don’t think it would be fair for people who only have cable.”

“Why cancel it. Why not just keep it at both. Some customers can only afford a basic cable package others will opt for online subscriptions. It’s really more about the individuals situation and viewing needs.”

And then others stated they would be absolutely heartbroken if Disney’s cable networks were canceled in the United States.

“I would be EXTREMELY disappointed to see Disney Channel/Disney Junior/DisneyXD get cancelled! Disney+ and other streaming services are nice supplemental options for watching content, but can’t and shouldn’t replace the traditional linear TV format. I like to have my favorite shows actually air on TV and at a designated time.”

Currently, there are a ton of Disney Channel and Disney Junior series available on Disney’s streaming service including:

If you are not yet signed up for Disney’s streaming service, Disney+, you can get signed up here.

Would you be disappointed to see Disney Channel, Disney Junior, and Disney XD become canceled in the United States? Let us know your thoughts in the comments below.