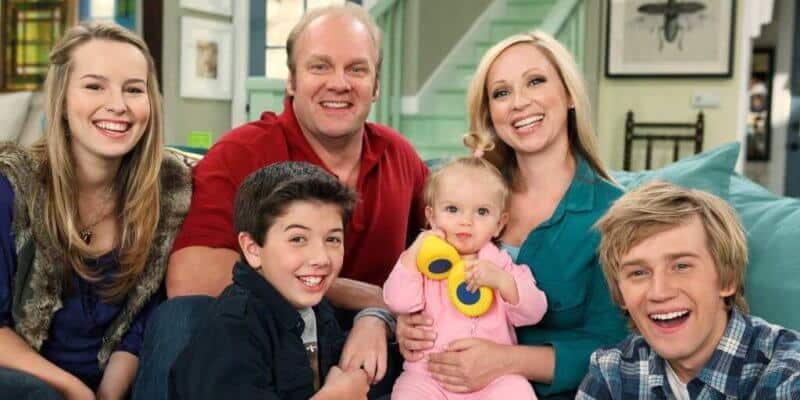 Everyone fell in love with the star from the Disney Channel hit series “Good Luck Charlie”. From 2010 – 2014, baby Charlie Duncan had audiences fall in love with her all across the United States with that adorable laugh and smile.

But here we are, 5 years after “Good Luck Charlie” had stopped airing on Disney Channel, and little baby Charlie isn’t so little anymore. In fact, she’s all grown up!

Mia Talerico, the actress who portrayed Charlie Duncan, just celebrated her 11th birthday earlier this week. Can you believe it? And her parents celebrated the milestone with a beautiful Instagram tribute.

“#HappyBirthday to our sweet girl. #elevenyearsold #11 You are the light of our lives and we love you sooooooooooo much,” her loving parents wrote along with an image of Mia holding balloons of the number ’11’, and as you can see – she’s all grown up!

For those who weren’t super fans of the show or didn’t watch it on a regular basis, “Good Luck Charlie” followed the Duncan family after the parents, Amy and Bob, welcome their fourth child into the world, Ms. Charlie Duncan. The three other children, Teddy, PJ and Gabe, helped take care of Charlie, but of course, this wasn’t easy for three other children. There were lots of laughs, plenty of mess-ups, and of course, several lessons learned, which is why Teddy created a video series along the way. This video series was almost like a diary for little Charlie once she grew older. Every video ended with the words, “Good luck, Charlie.”

We barely recognized little Charlie as she grew into such a beautiful, young woman. We wish Mia a very Happy 11th Birthday, and we can’t wait to see what the future holds for this bright, young star.

Did you watch “Good Luck Charlie” when it aired on Disney Channel?