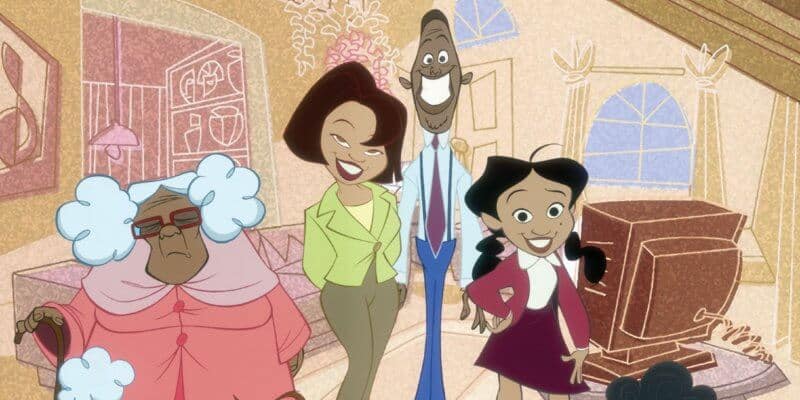 One of Disney Channel’s most beloved families is coming back to the small screen as Tommy Davidson, the voice of Oscar Proud in “The Proud Family,” revealed the news on a recent red carpet outing for “47 Meters Down.”

In a recent interview with Where is the Buzz, Davidson was speaking with a reporter when it was mentioned that Disney should bring back the beloved show. To which, Davidson replied, “I forgot to tell you that, ‘The Proud Family’ is coming back.”

Visually stunned by the news, the reporter continued the conversation by asking whether or not it would be with the series’ old episodes or new ones. And this was when Davidson shared the exciting news, “New episodes, yeah.”

The news was followed by Davidson also revealing the fact that “They told him not to tell nobody.” However, it seems the comedian was just too excited over the news.

Beyond the reveal of the show’s return with new episodes, Davidson didn’t share anything else about the show. This has us wondering if the original cast will return to the series, including Kyla Pratt, Paula Jai Parker, and Soleil Moon Frye. In the interview, Davidson revealed he’d continue playing Oscar Proud.

“The Proud Family” first aired on Disney Channel in 2001. The show followed the fourteen-year-old Penny Proud growing up trying to find her place in the world and independence from her parents. The comedic animated sitcom followed Penny and her parents Trudy and Oscar, and her grandma, Sugar Mama.

The show ran on Disney Channel for two seasons until ending in 2005. The series featured the iconic opening theme song “Proud Family” by Solange Knowles and Destiny’s Child. Now that Beyonce just came off of “The Lion King” live-action remake, we’re curious to see if she may lend her voice again to the big mouse to possibly re-record a new song for the upcoming show.

What are your thoughts on “The Proud Family” returning to Disney+? Let us know in the comments below!

Source: Where is the Buzz