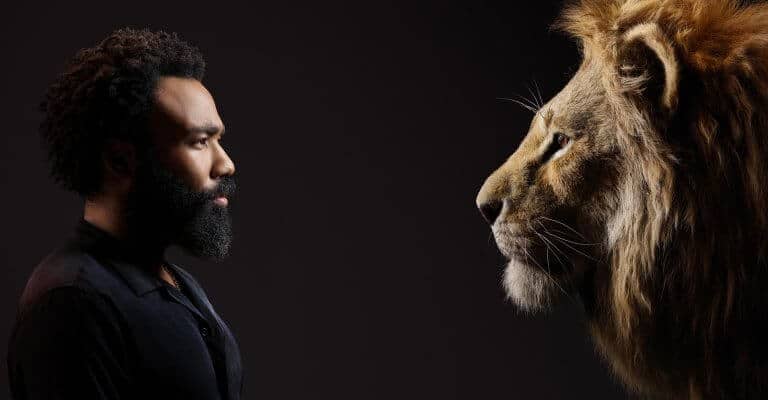 Oh we just can’t wait…to see “The Lion King” in theaters this month! To get fans pumped for the upcoming film, Disney released all-new images of the cast of “The Lion King” with their character counterparts, and we have to say this film looks as epic as ever.

Disney has shared that the 2019 version of “The Lion King” won’t be a shot-for-shot remake of the original, but that hasn’t stopped Disney fans from wanting to see the new take on the classic 1990s animated film. The new movie has a star-studded cast, and while it doesn’t premiere until July 19, fans everywhere are proving just how excited they are to see the new movie, from sharing their opinions of the film on social media to breaking records for advance sales of movie tickets.

This may be Disney’s most anticipated remake to date, and if you’ve been keeping up with Disney movie news, the studios have been releasing plenty of reimagined versions of their classic animated movies. Fans tend to have mixed feelings about Disney remakes, but it seems like “The Lion King” has a certain charm and magic about it that allows audiences to push those feelings to the side and get excited about the film for what it is. We don’t know if it’s the highly advanced, lifelike CGI or the fact that Beyoncé and Donald Glover are singing “Can You Feel the Love Tonight,” but fans all over the world are eager to see “The Lion King,” and we can’t blame them.

We can’t wait to see these incredibly realistic versions of our favorite characters on the big screen when the movie premiers in just a couple of weeks. Take a look at “The Lion King” cast as they come face-to-face with the characters they play in the new photos below:

Are you excited to see Disney’s 2019 remake of “The Lion King” in theaters this month? Let us know in the comments!

Comments Off on Beyoncé, Donald Glover, and the cast of “The Lion King” with their character counterparts