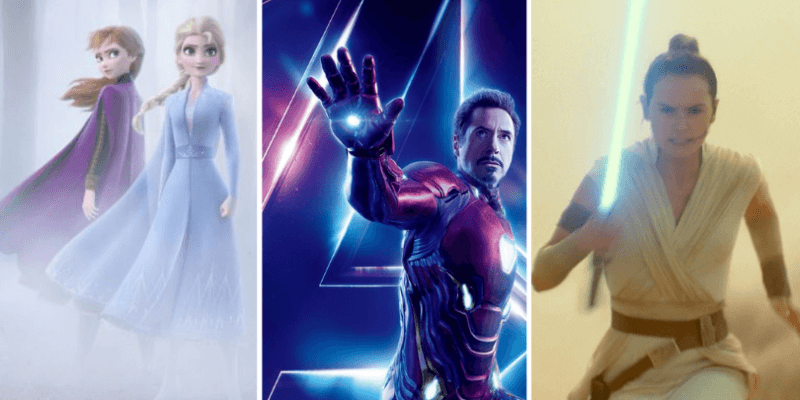 Disney films are arguably the most magical, nostalgic, and heartwarming we’ve ever seen. From animated fairy tales to awesome live-action stories, Disney has creates some of the greatest movies out there. But with virtually all of the Disney movies released in 2019 being sequels or based on existing intellectual property, fans have been wondering when we will finally get a new original Disney movie, and why the company has decided to produce so many remakes and sequels. Let’s dive deeper into the world of Disney films and shed some light on why Disney keeps making movies based on existing IP.

Of course, we have to talk about the remakes. We can’t think of a list of upcoming Disney films that doesn’t include at least one remake of a classic animated movie, and while we’re definitely excited whenever we get to see our favorite characters reimagined for the modern generation to enjoy, many fans crave more than just a retelling of an original Disney story. But let’s face it: retelling classic stories with well-established fan bases makes sense. Disney is perhaps the most beloved producer of films worldwide.

So why wouldn’t a company want to retell its old stories in new, live-action or CGI formats? Remakes like “The Lion King” and “Aladdin” are almost destined to be successful from the get-go, since these films are based on classic animated movies that fans continue to enjoy across multiple generations. It makes sense for Disney to want to get as much bang for their buck as possible, and remaking films and producing sequels to hit stories (we’re looking at you, “Frozen 2”) seems to be just the way to do it.

But what about Lucasfilm and Marvel? Disney acquiring these two companies opened countless new doors for the company, from “Star Wars” and Marvel-themed attractions and lands at the theme parks to almost never-ending intellectual property to work with (there are so many Marvel heroes, the possibilities are endless). But the acquisition also allowed the company to create even more sequels to the “Star Wars” franchise and as many Marvel movies as they see fit. Sure, the “Star Wars” films draw inspiration from past productions but are largely new stories with familiar characters. And the Marvel films we see on the big screen are often only loosely based on Marvel Comics characters that long-time fans know and love. Still, Disney is able to continue the trend of creating films with well-established fan bases who are almost guaranteed to see every “Star Wars” or Marvel film that hits theaters.

The bottom line? Creating films out of existing intellectual property almost guarantees financial success for Disney. And while the fans are itching for more new characters and original stories in films that have yet to be made, it’s easy to understand why Disney may be more inclined to produce more sequels and remakes than original content. We just hope Disney-Pixar’s “Onward” and “Soul” pick back up on the trend of original movies on the big screen.

What do you think of Disney’s recent tendency to produce film remakes and sequels? Share your thoughts with us in the comments!