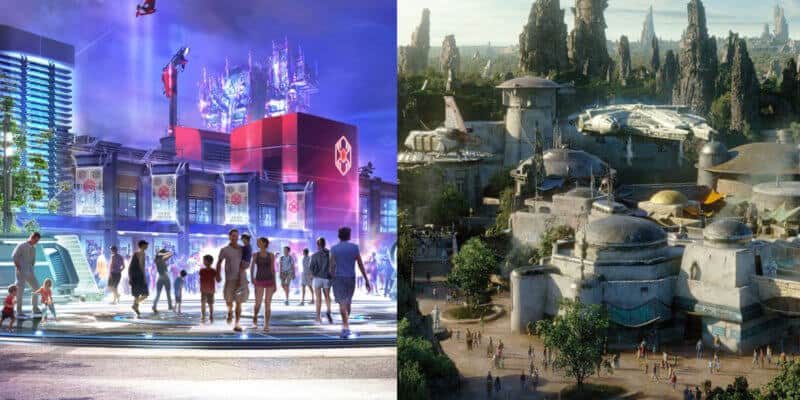 Star Wars: Galaxy’s Edge may have just launched at Disneyland, but permits are already underway for the resort’s new Marvel-themed land. And according to executives at Marvel Studios and Walt Disney Imagineering, it seems the new superhero-themed area will be just as interactive as Galaxy’s Edge.

Just this week we found out Disneyland is already getting ready to begin construction on another themed land to the resort. Although, beyond a few details of the coming attractions to the land, not much else is known of what Disney is planning for the Marvel area. However, a few people close to the project have revealed some ideas of the new land that have us very excited!

In a recent interview with Marvel Studios EVP of Production, Victoria Alonso, the executive shared her anticipation for the level of immersion that Marvel is planning to bring to the park following the success of Star Wars: Galaxy’s Edge.

In the interview, Alonso stated “The parks will make their own announcements. But as a fan, I think that we, and you, and all of us are going to be incredibly excited. And if Galaxy’s Edge is just one hint of what the magnificent minds of the Imagineering and the Parks people can do, then hopefully we’ll be side-by-side with them. We’re very excited about everything that they’re thinking about.”

This is quite a vague statement. Although, from her words, it’s safe to say there is a good chance that Marvel and Disney are already looking to Galaxy’s Edge as a mold for the Marvel land.

Drake shared that their plan is to develop “new and innovative technologies, telling new stories and creating experiences,” which he says will allow guests to play an active role alongside Marvel characters.

Drake continued: “Both parks will feature an exciting new attraction where guests of all ages can join the heroes in action. We are expanding our story universe by creating a new organization, the Worldwide Engineering Brigade, to be our setting for this experience. Though WEB is grounded in classic characters like Peter Parker, it is an organization that we can all be a part of. We can’t wait to debut a brand-new, cutting-edge interface as part of this fun, interactive attraction. Through a blend of never-before-seen technology and practical effects, guests will get to experience for themselves what it is like to have the abilities of a Super Hero. This adventure will blend seamlessly into the story of the new lands we’re creating at both Disney California Adventure park and Walt Disney Studios park, where there will be surprises at every turn!”

From these statements, we know the WEB attraction will allow guests to immerse themselves into the action. However, we still don’t know how. But, if this new land is following a similar path of Galaxy’s Edge, it might be similar to that of Millennium Falcon: Smugglers Run at Star Wars: Galaxy’s Edge. On this attraction, guests are taken on a mission on the iconic spaceship, which immerses visitors into the action of what it’s like on the famous ship.

If this is a possible route for this new park area, it may also be safe to consider that Disney might also be taking advantage of the interactive elements found in the Play Disney Parks app. Imagineering made sure to incorporate the smartphone tool into Galaxy’s edge by the means of Datapad missions and much more. For that reason, it could very well be a part of this new Marvel-themed land as well.

We will likely learn more about this new land at the park presentation at Disney’s D23 Expo this summer.

What are your thoughts of Marvel land being as interactive as Star Wars: Galaxy’s Edge? Let us know in the comments below!