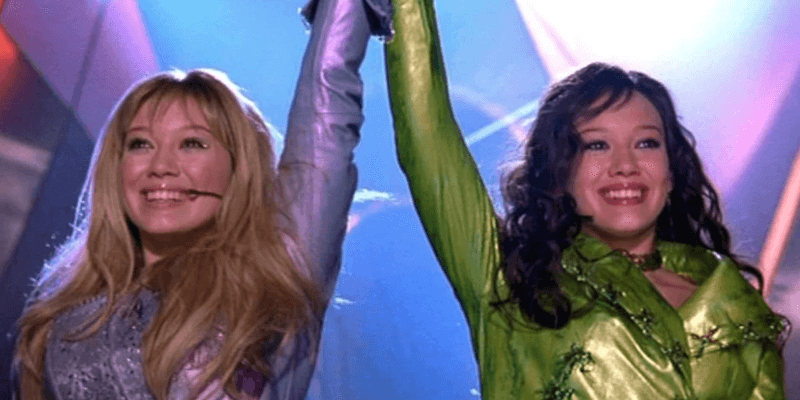 Calling all my fellow Lizzie fans! Has the news of the “Lizzie McGuire” reboot has gotten you pumped up? Unfortunately, we have a little less than 2 months until Disney’s new streaming service, Disney+, launches in the United States, so let’s pass the time by binge watching these 11 Hilary Duff movies and TV shows!

Duff’s first real acting gig was her role of Wendy the Good Witch in “Casper Meets Wendy.” Wendy and Casper became best friends and decided to work together to take down the evil in the world. Duff was just 10 years old in this role.

At just 11 years old, Hilary Duff played the role of Ellie in the 1999 film “The Soul Collector.” Duff won a Young Artist Award for Best Performance in a TV Movie or Pilot by a Supporting Young Actress.

The Disney Channel Original Movie, “Cadet Kelly,” was a huge success for Hilary Duff. Duff played the role of Kelly Collins, a teen who enrolled in Georgie Washington Military School. She wanted to drop out until she falls for one of her classmates.

Do you remember when Hilary Duff shared the screen with Frankie Muniz in “Agent Cody Banks”?

Cody Banks is a high school student and wants nothing more than what every other teen wants: to survive adolescence and become an adult. But Banks isn’t an ordinary teen — he is a CIA agent. Banks spies on his fellow student Natalie Connors, played by Duff, in order to get close with her father.

Of course if you want to prep for the reboot of “Lizzie McGuire” then you have to add “The Lizzie McGuire Movie” to your list!

This classic fairytale with its own modernized spin is a favorite for true Hilary Duff fans.

Another classic Hilary Duff film, Duff plays the role of Terri Fletcher who is an aspiring singer. She gets accepted into a performing arts school after she suffers the loss of a close family member.

If you love rom-coms, then add “The Perfect Man” to the list! Hilary Duff plays teenager, Holly, who is determined to help her Mom find the perfect man in the world.

In “Material Girls” you don’t just see one Duff sister, you get to see both! Hilary and Haylie Duff team up this film where they play heiresses to a multimillionaire cosmetic company which ends up in a scandal.

This binge-worthy television series follows the story of 40 year old Liza Miller (Sutton Foster) who is trying to navigate her life after being recently divorced. Miller somehow lands her dream job at Empirical Press, but she has one big secret — her age. Hilary Duff plays millennial book editor Kelsey Peters, who ends up befriending her co worker, Liza.

Of course the best way to get ready for the “Lizzie McGuire” reboot is to binge all 3 seasons of the original Disney Channel show.

The all-new Disney+ series will kick off filming and production on October 5 in Los Angeles. Disney+ launches in the United States on November 12.