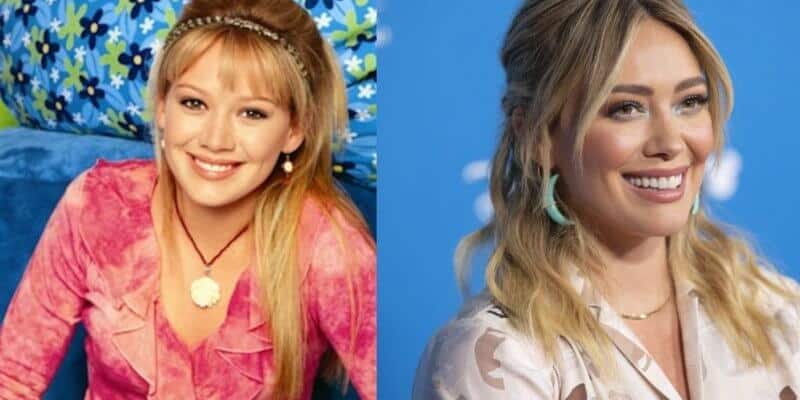 It wasn’t long ago when “Lizzie McGuire” fans were shocked with the news that Hilary Duff will be returning as her famous role in an all-new Disney+ series.

At the 2019 D23 expo, Duff shocked attendees and fans across the world when she came out on stage during the Disney+ panel.

Fans have been anticipating a reboot of the popular Disney Channel show, and we now know when Disney will begin production! The all-new Disney+ series will kick off filming and production on October 5 in Los Angeles with the original star, Hilary Duff.

Quite some time has passed since we last saw Lizzie as the new series will kick off with her 30th birthday celebration. We aren’t sure what Lizzie has been through or where she has gone since we last saw her, but we do know she is now living in NYC, she is an apprentice to an interior designer, and she has a gorgeous fiancé who is a chef at a popular Soho restaurant. (Cough, cough, Gordo?)

Although it hasn’t been confirmed if any of her old co-stars will be returning to the new series, Duff did say, “The chances are high! I can’t tell you too much, but I think that people are going to be very surprised and excited.”

Personally, I can not wait for the return of Lizzie McGuire. When I was growing up, I looked up to Lizzie and now that I’m older, Hilary Duff is, and will always be, my role model.

Disney+ has confirmed that all 65 episodes of the original “Lizzie McGuire“ series, along with the 2003 movie, will be available to stream. Disney+ will launch in the U.S. on November 12.

Are you looking forward to the return of “Lizzie McGuire”?