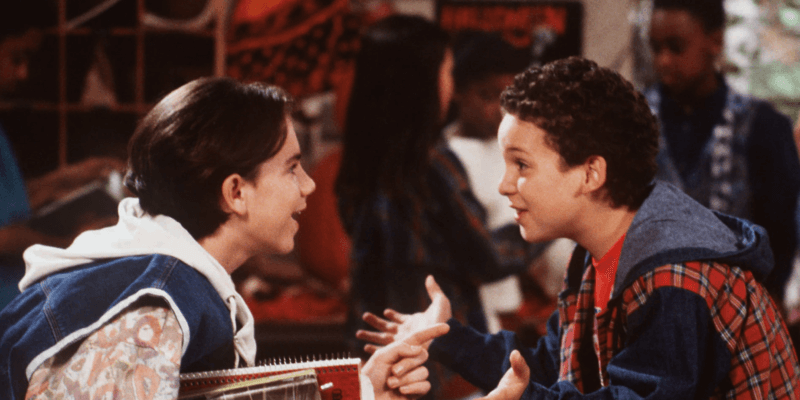 Calling all “Boy Meets World” fans! Even more reason to sign up for Disney+, Disney’s new streaming service, because it was just announced that all seven seasons will be available to stream!

“Boy Meets World” is currently available to stream on Hulu, but we are unsure at this time if it will be removed from Hulu once Disney+ becomes available, or if it will remain on both streaming services since Disney already owns a majority of Hulu and they have a combo monthly subscription offer together.

Since Disney recently announced there won’t be any R-rated content, it leaves us to question if any of the episodes will be edited — such as Cory and Shawn drinking and the prom night episode. Although this isn’t particularly considered R-rated, it is most certainly geared towards an older audience. This is definitely something to think about and look out for once it becomes available.

“Boy Meets World” was a beloved Disney Channel television series that ran from 1993-2000. It followed Cory Matthews (played by Ben Savage), his love interest Topanga (played by Danielle Fishel), and his best friend Shawn (played by Rider Strong) as they had to juggle school life, friends, and romance. The show began with Cory in sixth grade and we got to watch him grow up, fight the struggles of middle school, and watch him start and finish high school.

Disney has already confirmed several movies and T.V. shows that will be available on the streaming service. Hilary Duff is reprising her role as Lizzie McGuire in an all-new reboot, Wildcats will reunite in a brand new “High School Musical” series, and Phineas and Ferb will be making a come back in an all-new movie.

It’s also been confirmed that Disney+ will be ad-free, which means you will be able to stream all your favorite T.V. shows and movies without being interrupted by pesky advertisements.

The new Disney streaming service will cost $6.99 per month or if you are interested in the Disney+ bundle pack with Hulu and ESPN+, it will cost $12.99 per month.

Are you looking forward to Disney’s new streaming service?