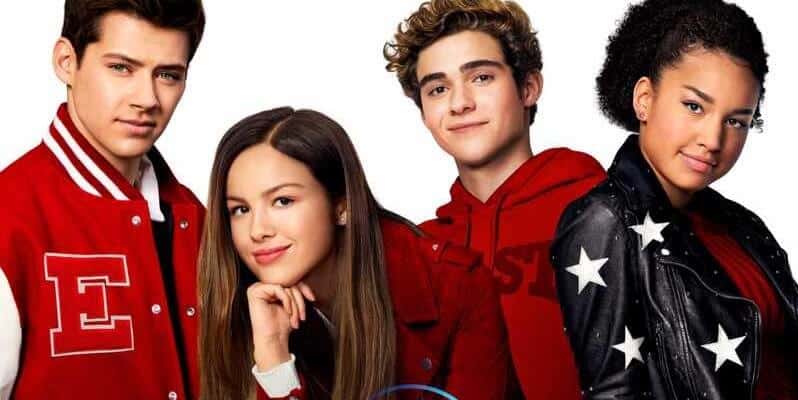 Wildcats everywhere, throw your hands up in the air because we now officially have the trailer for Disney+‘s upcoming series “High School Musical: The Musical: The Series“.

Those who were attending the D23 Expo Friday night got an exclusive first look at the trailer for this highlight anticipated original series.

The panel started off by guests being surprised by original “High School Musical” star and “Dancing with the Stars” Season 17 runner-up, Corbin Bleu!

Bleu welcomed guests saying, “I got the chance to see the first episode and I was watching with bated breath, of course. But then I breathed a sigh of relief because you guys are gonna love this. The cast is awesome; they’re the real deal!”

The series’ creator and executive producer, Tim Federle, then came out on stage. “We are so excited to be here to launch ‘High School Musical: The Musical: The Series,'” he shared. “This is a 10-episode scripted series that I like to think of as a love letter to the original fans. There are many of you out there!”

Federle continued to share even more of his thoughts about the upcoming show. “And it’s also an irreverent new musical for a new generation because the entire series is all about finding your tribe,” he said. “That’s the most important thing to me. And that’s one of the reasons why I think this is the perfect audience to see the very first episode.. because if you’re at D23 Expo, you know the power of sitting next to a stranger whose name you might not know, but you guys already share something. You’re a tribe. You’re a family.”

The entire cast then came out on stage, and further discussed some of the things fans should look out for when the new series hits Disney+, as well as did a Q&A with the fans in the audience.

Now, for the moment you’ve all been waiting for. Check out the newly released trailer for “High School Musical: The Musical: The Series” coming soon to Disney+.

Will you be watching the all new “High School Musical: The Musical: The Series” on Disney+? Let us know which upcoming Disney+ show you’re most excited for!