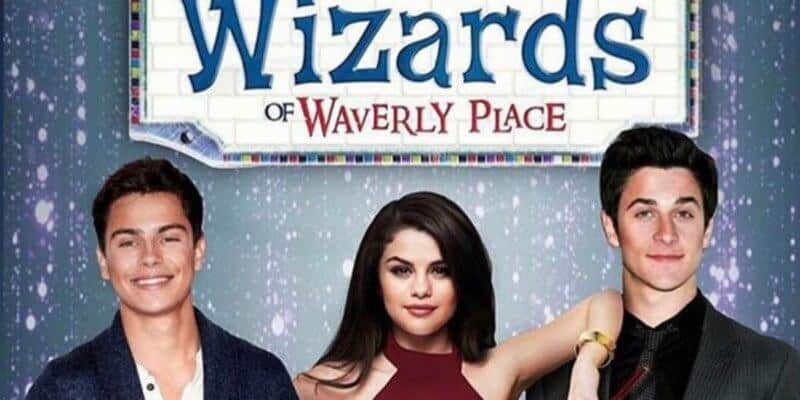 Back in September, we reported that the Wizards of Waverly Place star David Henrie has actually discussed bringing back the extremely popular Disney Channel series with his co-star and close friend, Selena Gomez, as a spinoff.

But now, there is another Wizards of Waverly Place star that is joining in on the fun. David DeLuise, who played the father of the wizard family, would love to see a reboot and spinoff of the popular series as well.

DeLuise recently took to Instagram posting a series of photos from the show along with the caption, “You guys want a #reboot,” DeLuise wrote in a post published to Instagram, tagging the accounts of his co-stars. “Let’s do this!!”

In 2013, the series aired an hour-long reunion special called The Wizards Return: Alex vs. Alex.

David DeLuise is by far the only star from the show who has recently brought up the topic. Selena Gomez answered some fan-submitted questions on KISS FM UK, one of which mentioned Wizards of Waverly Place. Gomez then responded with, “It’s actually wild because, since Disney+ came out, I have been asked about Wizards more than I did when I was on the show. It makes me very happy. It was one of the greatest times in my life. I will never forget it. I still talk to some of the people from the show.”

Back in September, David Henrie shared that he and Gomez talk about a reboot “all the time” in an ET interview.

“We have a whole take. We have a whole thing,” Henrie said. “We want to start the show like a few years later; start them off at the worst place ever so that way throughout the series you give them a nice, beautiful arch of reuniting. Start them out divided.”

And in April of this year, Henrie along with Maria Canals-Barrera responded to rumors and ideas for the show to reboot on Twitter. Henrie even took it a step further, causing some speculation amongst fans when he shared an Instagram story posted from the Disney+ offices with the caption: “Let’s do this.”

This isn’t that far out there since we already have a Lizzie McGuire reboot coming to Disney+, and Raven’s Home, a spinoff of That’s So Raven, has been airing on Disney Channel.

If you are looking for more Disney Channel content to stream on Disney Plus in the meantime, be sure to check out film favorites like the Disney Channel Original Movie High School Musical, Camp Rock or Halloweentown or Disney Channel tv shows including The Suite Life of Zack and Cody starring Dylan and Cole Sprouse and Hannah Montana starring Miley Cyrus.

Would you want a Wizards of Waverly Place reboot? Let us know in the comments.