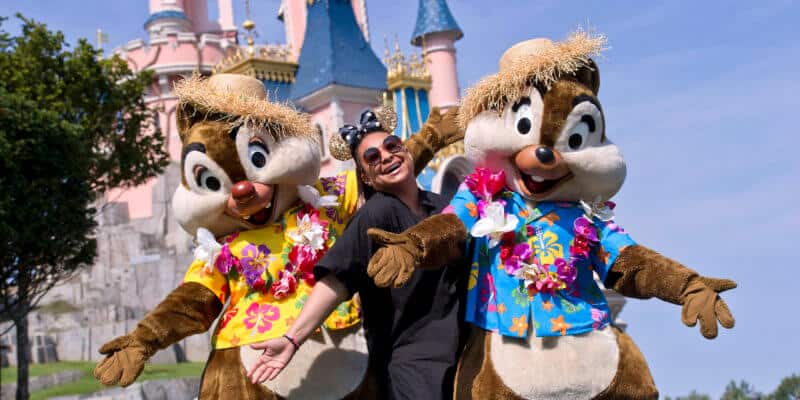 Raven-Symoné, most noted as the famous psychic from Disney Channel’s “Raven’s Home,” recently visited Disneyland Paris on a trip to France while filming the second season of her hit show.

During this day trip to the park Raven-Symoné got to experience several of the park’s iconic attractions and catch up with Chip and Dale, her favorite Disney characters.

As much fun as it was for Raven-Symoné to experience the park’s rides and attractions, the real fun came when she was able to meet her fans near Sleeping Beauty Castle.

To take a look at her trip, be sure to check out the video below. In the video Raven-Symoné talks about her experience at Disneyland Paris and some must-have accessories while visiting a theme park.

Viewers can watch Raven-Symoné when she returns to television in France on Disney Channel with the second season return of her show “Raven’s Home.”