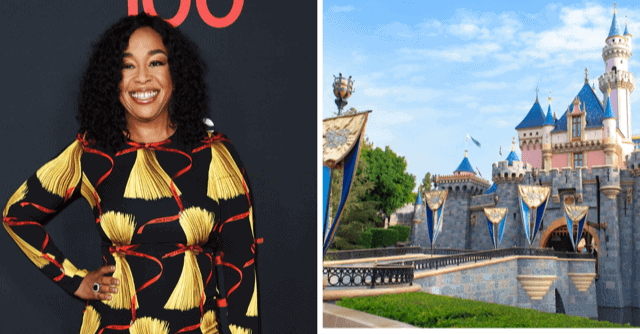 Shonda Rhimes has been a household name for ABC by creating hit drama shows like Grey’s Anatomy, How to Get Away with Murder, and Scandal. Now, Rhimes is leaving her 15 year ABC legacy behind…over a Disneyland ticket?

According to Vulture, Rhimes is all set to launch a brand new series on Netflix instead of ABC where she’s had success for the past 15 years. Rhimes had been renegotiating her contract in 2017 when she hit her breaking point with ABC executives. During negotiations, she had asked for an additional all-inclusive Disneyland pass for her sister who was coming to visit the resort.

After receiving many “no”s and a lot of pushback, the executives decided to give Rhimes the pass for her sister. However, when her sister arrived at the Disneyland gates with her children and nanny with her, the pass was invalid.

Upset with how the situation unfolded, Rhimes reportedly called out one of the high-ranking executives of the company and rhetorically asked, “Don’t you have enough?” She then reached out to her legal team to negotiate her move to Netflix. With this new decision, Shonda Rhimes ended up with an over $300 million deal with Netflix.

Now, Rhimes currently has 8 projects in the works for Netflix. Although leaving ABC and the legacy she had built there behind her, it seems like she’s already on her way to a bright future with Netflix. And with a deal like that, we have a feeling she could get her and her sister into any Disney Park.

What do you think about Shonda Rhimes getting snubbed a Disneyland ticket? Let us know in the comments!