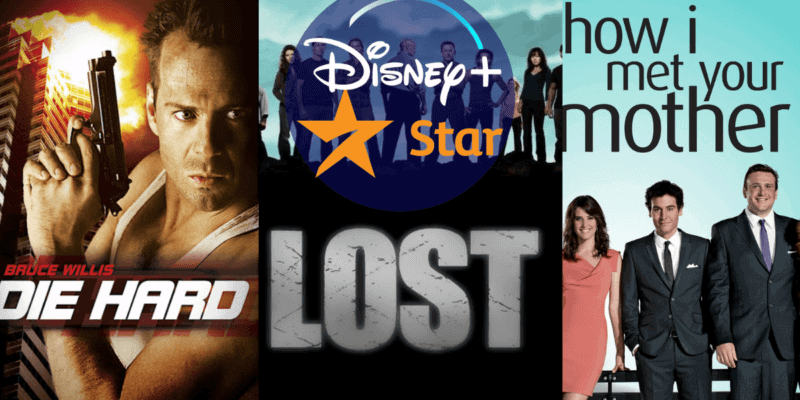 Disney+ is evolving thanks to a new block, which will be available in several countries. Star on Disney+ is set to reinvent the platform and double the amount of the streaming service’s content.

Essentially, it will provide subscribers in some European countries including the U.K., as well as Canada, Australia, and New Zealand with access to the adult-centric content that American viewers get from Disney’s Hulu service, which isn’t available in those territories.

It is a free additional “tile” and will be fully integrated within the Disney+ app. For overseas users, it’s a dream come true.

According to Variety, Star is set to launch with a number of classic television and film titles such as ABC’s LOST, Big Sky, 24, Desperate Housewives, Prison Break, How I Met Your Mother, and the Die Hard franchise. We wanted adult-focused content on Disney+ and with John McClane on the streaming service, it sure has delivered! A picture of the new UI also suggests that Oscar-winner The Shape of Water will also be available.

It’s an incredibly exciting time for subscribers based in Europe, Canada, Australia, and New Zealand as, to many, Disney+ hasn’t been worth the subscription cost without additional “adult-focused” content.

When does Star launch on Disney+?

Star will launch in the aforementioned territories on February 23rd. It will be installed via an update and will function as a new category alongside Disney, Pixar, Marvel, Star Wars, and National Geographic.

In Eastern Europe, Hong Kong, Japan, and South Korea, users will reportedly get Star later, in 2021, while the service will function differently in Latin America. According to the Radio Times, Star+ will be a standalone service in this territory.

Additionally, there will be some crossover with other streaming services like Netflix that already hold the rights to some of the IPs. For example, according to Variety, all six seasons of LOST will remain on Amazon Prime in the U.K. despite coming to Star on Disney+.

Regardless, I think it’s fantastic to see Disney responding to fan demand and bringing the goods. The Mouse already started to veer into less “Disney-specific” content with films like The Greatest Showman and the Fox X-Men series, but this is next level.