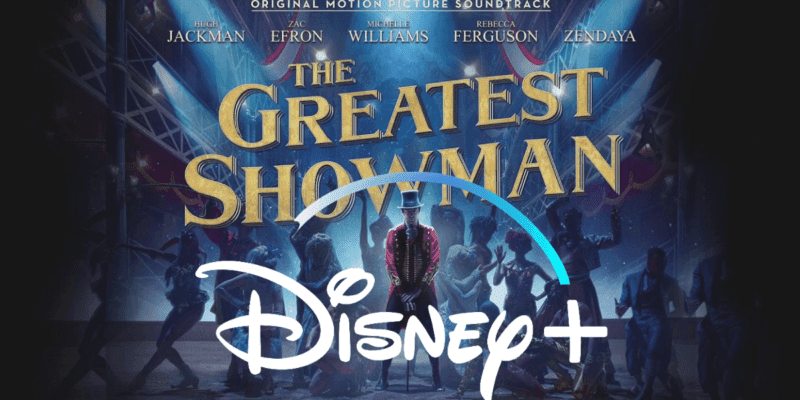 “Ladies and gents, this is the moment you’ve waited for.”

The Greatest Showman is finally arriving on Disney+.

This is the movie that brought Zac Efron back to musicals and probably showed Marvel fans for the first time that Hugh Jackman can do far more than just play Wolverine.

20th Century Fox brought together these two men and a star-studded cast–which included Zendaya, Rebecca Furgeson, and Michelle Williams–and the songwriting duo behind La La Land to tell the story of the legendary P.T. Barnum.

Ever since the Walt Disney Company completed the merger with 20th Century Fox, the question on many fans’ minds–including this writer–was, “When will The Greatest Showman come to Disney+?” That wondering and waiting is finally over.

For those who have not yet seen The Greatest Showman, it is a historical fiction movie tells the story of P.T. Barnum (Jackman); a dreamer at heart who is trying desperately to climb the social ladder, and he decides to do it by showing people something they have never seen before.

Teaming up with theatre magnate Phillip Carlyle (Efron), Barnum sets off to create what would become the definition of the American Circus. Soon, all the circus tropes fall in to place from the beautiful trapeze artist (Zendaya) to the bearded lady (Keala Settle). But as Barnum begins to achieve everything he wanted, he begins to lose his way, eyes blinded by the light, and he must ask himself what is most important.

Firing a double-barrel call-to-action of being honest and proud of who you are, and not being afraid to pull yourself up from the bootstraps, The Greatest Showman calls everyone to pursue their own idea of happiness and provides a beautiful musical piece of Americana that has something for the whole family.

Related: Hugh Jackman says he’d do a sequel to “The Greatest Showman”

Have you seen The Greatest Showman? What did you think of it? Are you excited that it is finally coming to Disney+? Let us know in the comments!