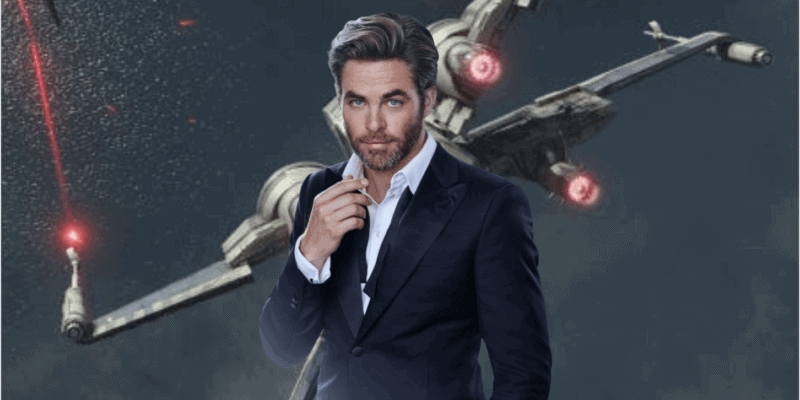 Most recently, Pine starred opposite Gal Gadot in Patty Jenkins’s Wonder Woman 1984 (2020), now in theaters and streaming on HBO Max. Pine previously worked with Jenkins on the Black Dahlia murders mini-series, I Am the Night (2019).

“I had spoken to her about, not my involvement, but the story. She talked to me about it. It sounds really, really great. But I’m ecstatic for her, excited for what she’s about to embark on. If there’s anyone that can reimagine and breathe fresh, new life into it, it’s her.”

Jenkins was announced as the director of the next Star Wars feature film during Lucasfilm President Kathleen Kennedy’s portion of the Disney Investor Day event on December 10.

Few details are known about the project at this time and no casting information has been released. Although Pine asserted he has not spoken to Jenkins about his potential involvement in the upcoming Star Wars movie at this time, the duo clearly enjoys working together, so the possibility for Pine to join the Star Wars universe certainly exists.

Current Star Wars star, The Mandalorian’s Pedro Pascal, also worked with Jenkins on Wonder Woman 1984 — he played over-the-top supervillain Max Lord. Pascal previously praised her and said he would absolutely be open to involvement with her upcoming Star Wars project — or any future project:

Should the story call for it, it sounds like Pascal would not hesitate from working with Jenkins again for her Rogue Squadron film. After working on Wonder Woman 1984, he has nothing but praise for the director. “They could have been asked me to play a piece of furniture,” Pascal said of the team behind Wonder Woman 1984. “Charles Roven, the producer, I was working with at the time and he’s a powerhouse of a man and has taken such good care of me. And then Patty, I’m a fan from the very, very first movie, to what she’s done on TV, the first Wonder Woman movie and so, for an actor to get to work with her it doesn’t get better, really. I mean it.”

Right now, we don’t know for sure if Din Djarin — Pascal’s Mandalorian title character — will fit into the Rogue Squadron timeline, but we continue to provide additional casting details as they are released.

Stay tuned to Inside the Magic for all things Star Wars.

Are you hoping Chris Pine or Pedro Pascal appear in Rogue Squadron?